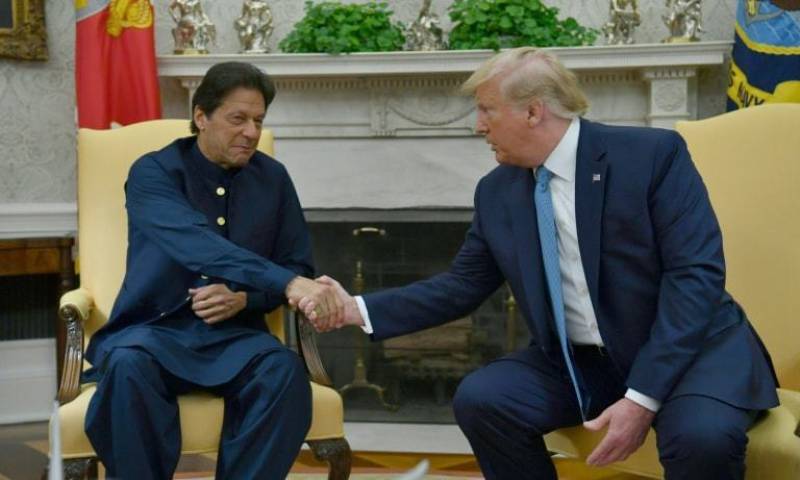 ISLAMABAD – Pakistan and the US on Thursday agreed to continue to work together for the advancement of peace and reconciliation process for a peaceful and stable Afghanistan.

Prime Minister Imran Khan and US President Donald reaffirmed their commitment during a telephonic conversation during which bilateral and regional issues were discussed.

The prime minister conveyed that the release of Western hostages in Afghanistan by Talibal was a positive development and Pakistan was happy that they were safe and free.

President Trump thanked the premier for Pakistan’s efforts in facilitating this positive outcome.

PM Imran also apprised President Trump of the current situation in Indian occupied Jammu and Kashmir, underscoring that over 8 million people remained under siege for over 100 days now.

Appreciating President Trump’s continued engagement as well as mediation offer, Khan stressed that the President must continue his efforts for facilitation of a peaceful solution of the Jammu & Kashmir dispute.

Recalling their conversations in Washington and New York, the two leaders agreed to deepen bilateral collaboration, including in relevant multilateral fora. The two leaders further agreed to remain in close contact.