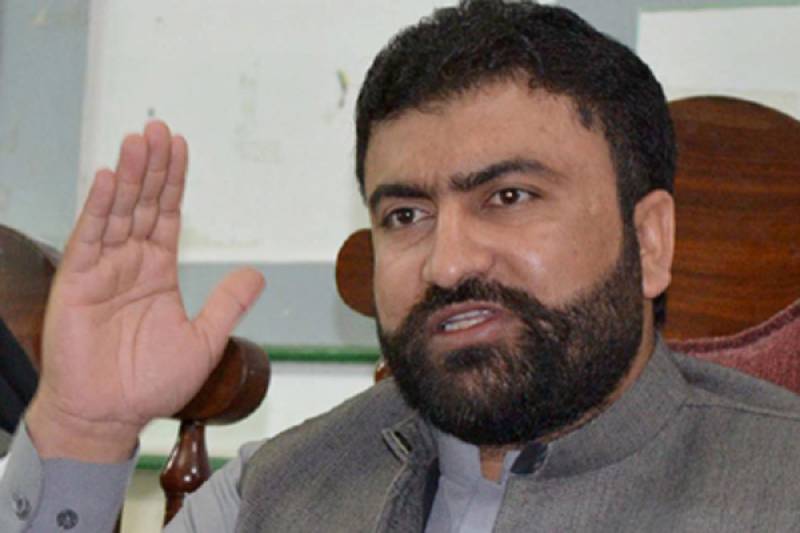 QUETTA - Balochistan's Home Minister Sarfraz Bugti on Wednesday refuted claims made by the chairperson of Baloch Students Organization, Karima Baloch regarding internet ban in the province.

The legislator was moved by the Canada-based head of the organization who in a tweet alleged that the Pakistani civil government had 'cut off the internet' in Balochistan.

She stated that she was suspicious that there was something that the Pakistani government wanted to conceal from the world. 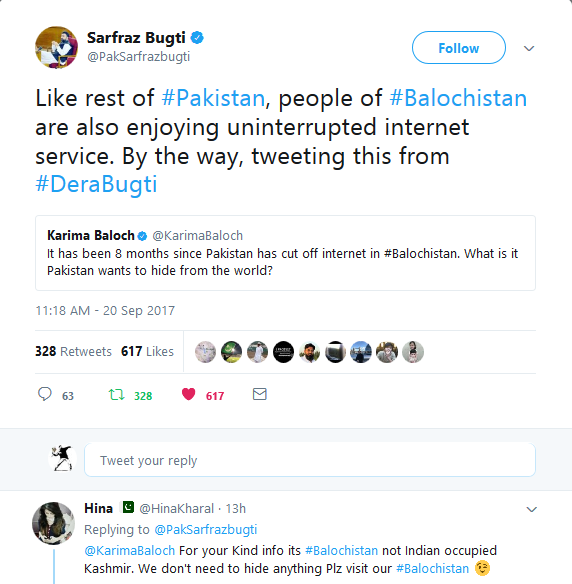 However, her claim was shot down by the minister the same day when he tweeted that, like other commoners across Pakistan, people were also enjoying uninterrupted internet access in Balochistan.

Like rest of #Pakistan, people of #Balochistan are also enjoying uninterrupted internet service. By the way, tweeting this from #DeraBugti https://t.co/shsKVXOo7T

'By the way, tweeting this from Dera Bugti' Sarfraz wrote in her scathing reply that was widely retweeted.

Karima, who frequently takes to the micro-blogging site Twitter to spew venom against Pakistan Army did not respond to the clarification.