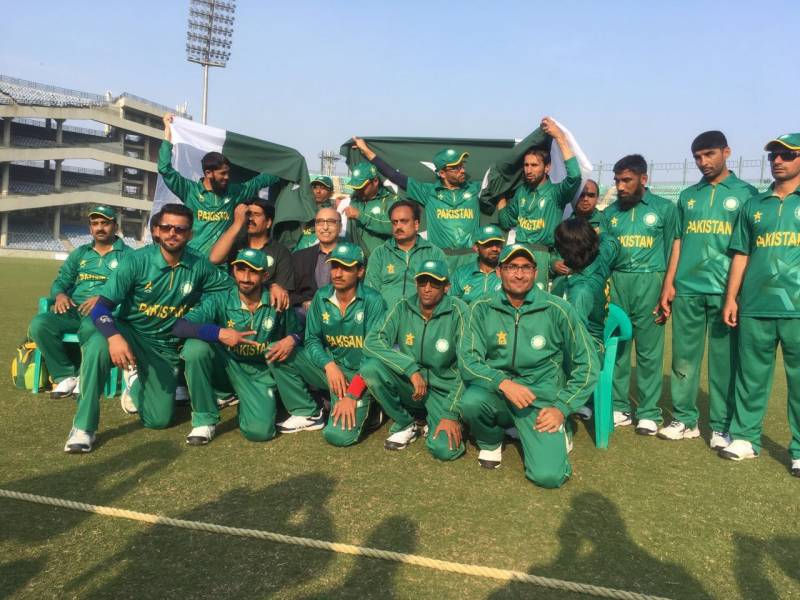 ISLAMABAD - The Pakistan Blind Cricket Council (PBCC) on Thursday shortlisted 23 players for the 5th edition of World Cup Cricket of the Blind, scheduled to be held in Pakistan and UAE in January next year.

According to Chairman PBCC Syed Sultan Shah, Nisar Ali will led the team in the World Cup while Amir Ishfaq will be the vice captain, said a press release issued here.

The 23 players were shortlisted among 34 players on basis of their performance and physical fitness in the training camp that took place at Okara from September 9 to 15. The next conditioning camp of the players will take place from October 22 to 29 in Faisalabad.