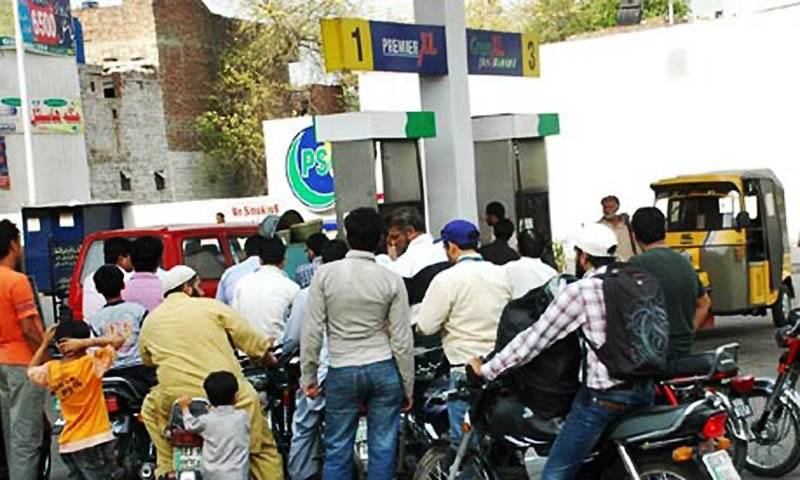 LAHORE - Large numbers of commuters have to suffer waiting in the long queues as more than fifty percent of pumps ran dry due to shortage of petrol in Lahore.

In Lahore, which consumes 3,000,000 litres of petrol daily, long queues of vehicles, including motorbikes, cars and some transport vehicles, have been observed on the petrol pumps. But, despite the fact that these pumps have reserves, petrol is reportedly being sold at high prices taking benefit of the crisis by some private dealers.

The shortage of petrol occurred after around two months after a similar crisis which hit Pakistan following the strike of oil tankers association against strict government rules for transportation of fuel.

Owners of filling stations are accusing marketing companies of curtailing supply due to increased oil prices in international markets.

The price of crude oil has raised from 45 to 50 dollars per barrel; therefore, the companies are avoiding importing the oil due to fear of low profit.

If the situation of reducing the oil supply continues, the crisis would engulf the whole country.

Petroleum dealers association is of the view that the government should come forward to resolve the issue before it went from bad to worse.