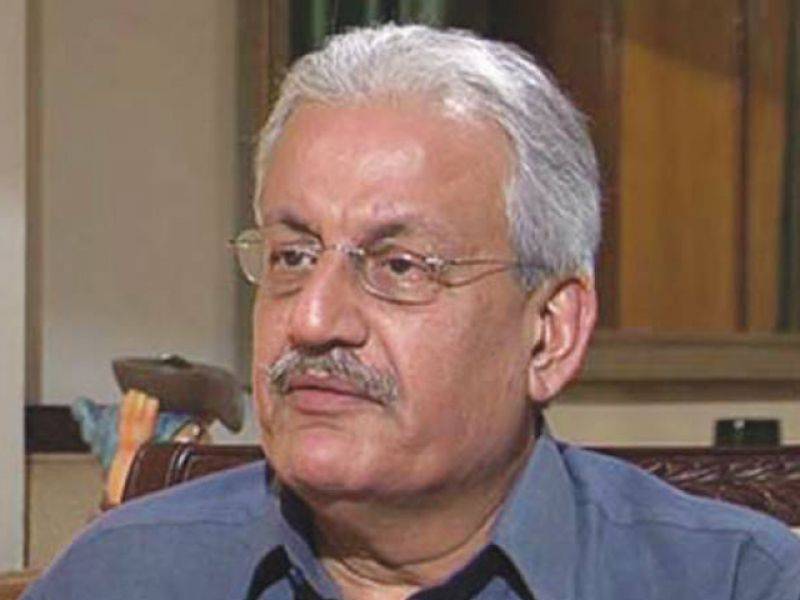 ISLAMABAD - Senate Chairman Mian Raza Rabbani has asked the government to expel the ambassador of Switzerland as its soil is being used for anti-Pakistan activities.

According to Dawn News, Rabbani made thes remarks, which received appreciation from members of government and opposition, following Law Minister Zahid Hamid's statement, which he made on behalf of the foreign minister, that banned group, the Balochistan Liberation Army (BLA), is behind the poster campaign regarding "Free Balochistan" in Geneva, Switzerland.

He urged the Foreign Office to register a protest with the Swiss government in strongest terms because its land is being used for exporting terrorism to Pakistan, adding that the campaign that surfaced in Geneva was against the global laws and UN charter.

Zahid Hamid informed the Senate that the "Free Baluchistan" campaign was pointed out by Pakistani diplomats in Geneva after seeing the posters in well-frequented areas, on buses and hoardings, funded by the "Baluchistan House," an affiliate of the BLA.

Claiming that India is involved in the campaign as it has close links with the separatist group, Hamid said that such activities posed a threat to Pakistan's territorial integrity and was a violation of international laws and UN charter.

Using Switzerland's soil against Pakistan by foreign-funded secessionists is totally unacceptable for Pakistan, he added.

The law minister said the Swiss government had been asked to be alert about the presence of BLA terrorists or elements linked with such terrorists in Geneva.

The Swiss government had been asked to remove the posters from public place and vehicles, and was also urged to control such campaigns in future, he informed, adding that the foreign government had also been alerted regarding presence of BLA terrorists.

He highlighted that this not the first attempt against Pakistan made using Swiss soil as earlier a Pakistani Christian Association had displayed the banners raising concerns regarding violation of Christian community rights in Pakistan in March.

When Pakistani authorities lodged a protest with Swiss authorities, they said that this was not against the Swiss law which allowed freedom of expression.

The law minister said that Swiss government is supporting these activities this time as no measures have been taken so far to remove the posters.