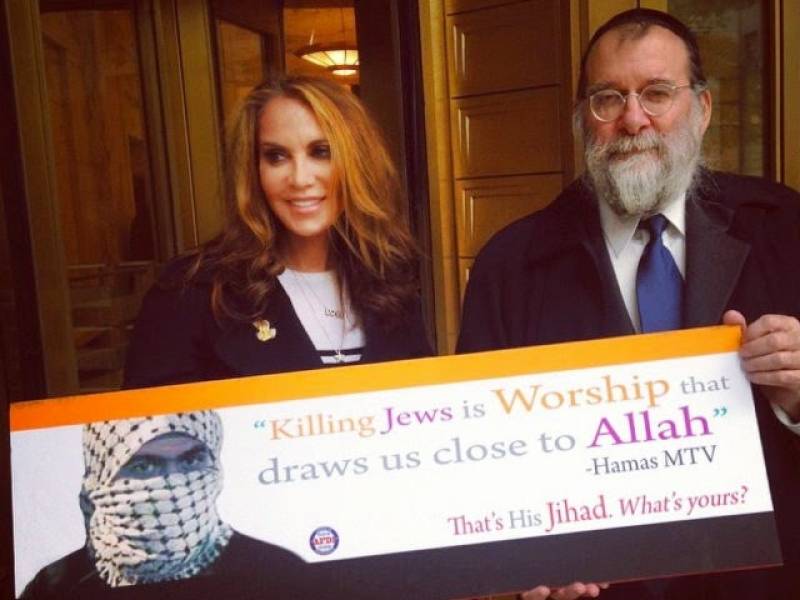 NEW YORK (Web Desk) - A federal judge has ordered New York's Metropolitan Transportation Authority to display on its buses a controversial ad that refers to Muslims killing Jews, rejecting the argument that the ad could incite terrorism or imminent violence.

US District Judge John Koeltl in Manhattan said on Tuesday the ad from the American Freedom Defense Initiative, which had previously run in Chicago and San Francisco, was protected speech under the First Amendment of the US Constitution.

The ad portrays a menacing man wearing a scarf around his head and face, includes a quotation "Killing Jews is Worship that draws us close to Allah" attributed to "Hamas MTV," and then states, "That's His Jihad. What's yours?"

Koeltl said he was "sensitive" to the security concerns, but noted that the MTA and Chairman Thomas Prendergast "underestimate the tolerant quality of New Yorkers and overestimate the potential impact of these fleeting advertisements. It strains credulity to believe that New Yorkers would be incited to violence by ads that did not incite residents of Chicago and San Francisco."

MTA buses and subways are often forums for policy debates. The agency has accepted other ads from the American Freedom Defense Initiative, which is characterized as an anti-Muslim group by the Southern Poverty Law Center.

Koeltl delayed enforcing his preliminary injunction by 30 days so the MTA could decide whether to appeal.

Adam Lisberg, an MTA spokesman, said: "We are disappointed in the ruling and are reviewing our options." The ad includes a disclaimer that its display does not imply an MTA endorsement.

The MTA said the ad did not meet standards it adopted in 2012 after a judge, in another lawsuit by the American Freedom Defense Initiative, said its earlier ban on ads that demeaned people based on race or religion violated the First Amendment.

Koeltl, however, said the MTA did not show that the latest ad could prompt imminent violence, noting that none occurred in Chicago and San Francisco, or that New York City should be treated differently because it is a more prominent terrorism target.

David Yerushalmi, a lawyer for the American Freedom Defense Initiative, said the decision follows similar rulings in Washington and Philadelphia.

"There is no question that transit authorities have the right and duty to protect their riders from violence," Yerushalmi said in a phone interview. "They do not have the right to give terrorists or potential terrorists a 'heckler's veto.'"