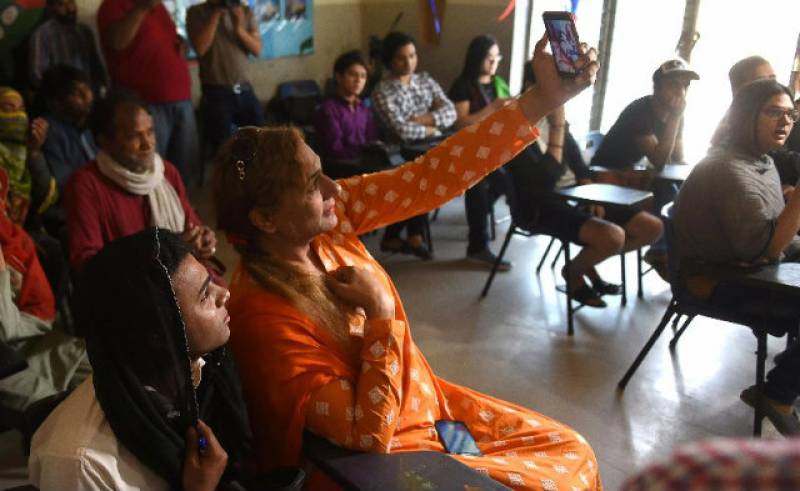 LAHORE - Pakistan will soon extend the scope of education for transgender persons in two major cities after the success of the country’s first-ever school in Lahore.

The Gender Guardian, the first school for transgender persons in any Islamic state, was launched at an event at the Alhamra Open Air Theatre of the Gaddafi Stadium in the Punjab capital last week.

Now, with an aim to provide 12 years of academic education (from primary level to higher secondary level), two more schools for transgender community will be opened in Karachi and Islamabad soon.

Asif Shahzad, the founder of The Gender Guardian, says that school in Lahore having a faculty of 15 members, has started giving education to around 40 students of the transgender community.

“We will be providing skill-based training and curriculum to the transgender community that has enrolled with us,” said EFF managing director Moizzah Tariq.

LAHORE - Pakistan will inaugurate its first ever institute for educational and vocational training for the transgender ...

The plan is to provide a diploma course so that the students will be able to either work or set up their own businesses, and the NGO will facilitate them with both procedures.

There is no age limit for admission in The Gender Guardian, located in Lahore’s Defence Housing Authority (DHA).

In an interview with Associated Press of Pakistan, Asif Shahzad said that most of the transgender-students had shown their interest in fashion industry including learning about cosmetics, fashion designing, embroidery and stitching while some had also shown interest in graphic designing and culinary skills.

“We designed our courses for them keeping in view of their interest”, he added.

"So far 40 transgender persons have been enrolled in the school. This is the only such school in any Islamic country in the world," he claimed.

Transgender people face discrimination in Pakistan and many struggle to find employment. Some are forced into begging, dancing or prostitution to earn money.

However, official sources from social welfare department said that Lahore and its adjoining areas had a population of roughly 30,000 transgender people.

LAHORE - A local news channel Kohenoor TV has hired a transgender newscaster in Pakistan. This would be the first time ...

Marvia Malik, a journalism graduate who has also worked as a model, said she was moved to tears when she was offered the job. She anchored her first show on private broadcaster Kohenoor on Pakistan's Day (March 23rd), after three months of training.