Amir Khan has full support for his boxing academy in Pakistan 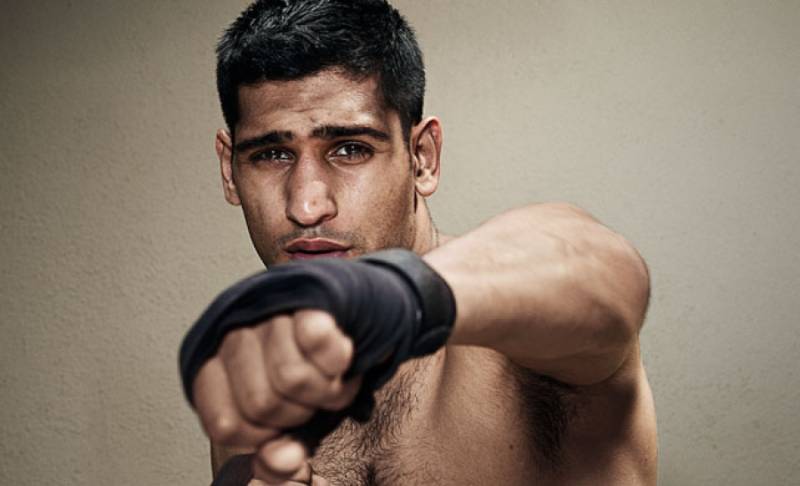 ISLAMABAD (Staff Report) - Amir Khan, the British boxer of Pakistan origin, will be fully supported by the government for promoting boxing in the country.

The world silver welterweight champion  and Olympic silver-medalist boxer formally opened a Boxing Academy in Islamabad on Friday, expressing confidence that it will produce champions of his own caliber.

The "Amir Khan Boxing Aademy" has been established here at Pakistan Sports Complex in collaboration with Pakistan Sports Board (PSB), to train young pugilists of the country. 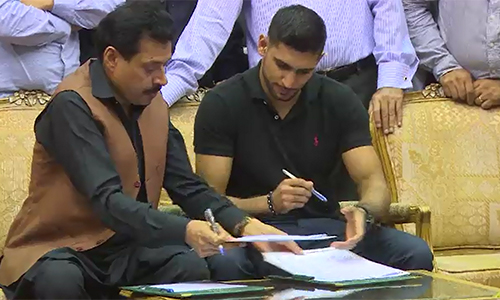 A Memorandum of Understanding (MoU) was signed between Amir Khan and Director General PSB Akhtar Nawaz Ganjera at Rodham Hall for imparting training and grooming aspiring boxers on the native soil of Briton's family.

Under the agreement Khan would provide coaches and boxing equipment for the Academy, while PSB would extend all necessary support to run it in an efficient way.

"The reason I get involved in boxing in Pakistan is that it has great talent for sports and that needs to be shown. Pakistan is a great country I really believe we can make several champions in this sport," Amir Khan told the media after signing MoU.

He said that he was proud to be in Pakistan and work for the cause of improving boxing. 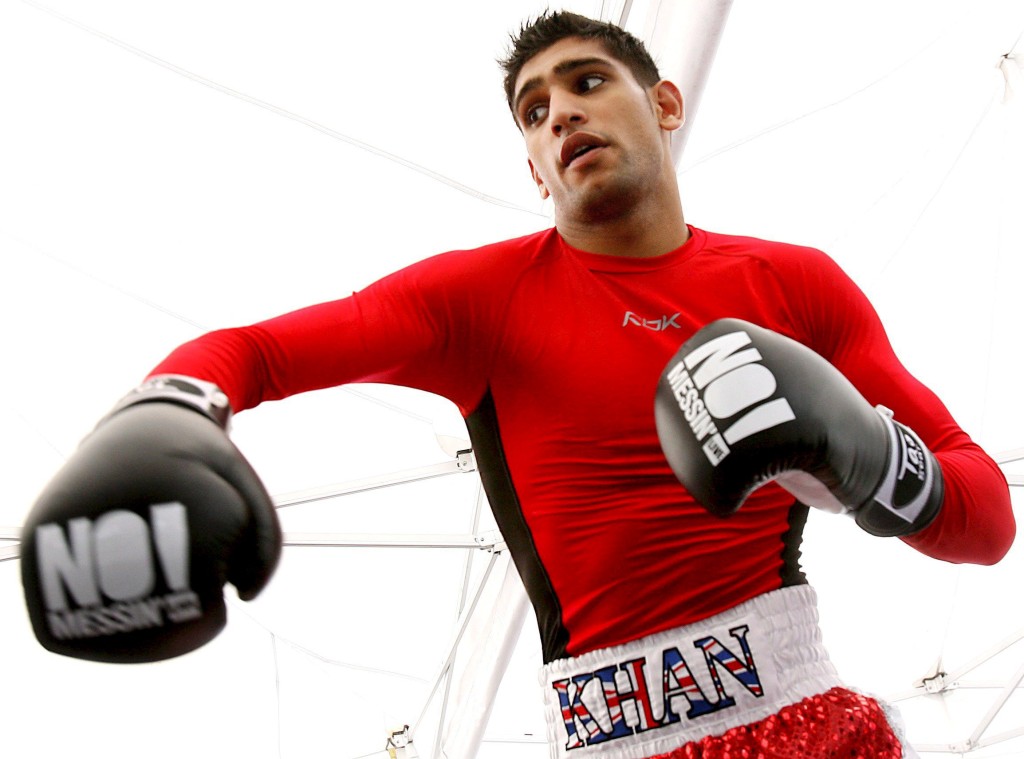 Khan believed that Pakistan could be a top nation in boxing. "My dream has been to help Pakistan in sports. And being a boxer myself I decided to extend support in boxing," he said.

"This will not be the only academy in Pakistan as we are going to have many more," he said while hinting that he might open next academy either in Karachi or Quetta.

In an interview with Online on Saturday, Minister for Inter-Provincial Coordination Riaz Hussain Pirzada lauded the steps taken by Amir Khan for promotion of boxing in Pakistan.

Pirzada said Amir Khan will be assisted at all levels for the construction of boxing academy.