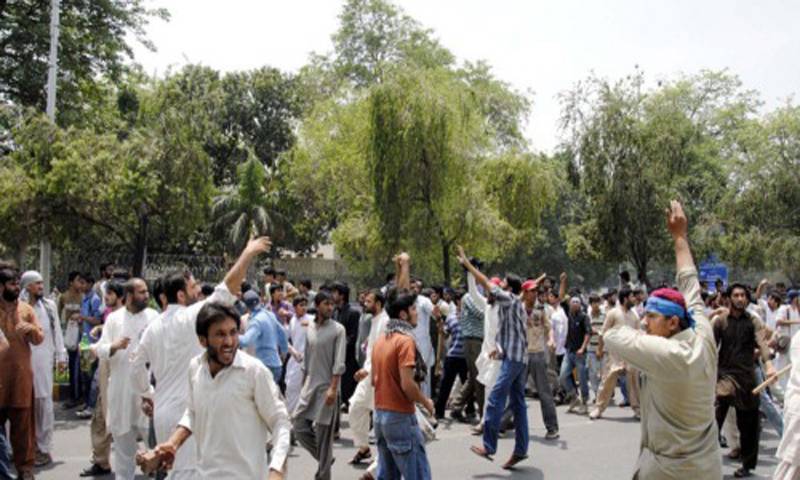 According to the varsity's administration, the dispute erupted when a student group attacked the other outside the auditorium while they were busy preparing for the 'pioneer festival' in the Electrical Engineering Department of University.

The situation worsened when students started attacking each other with batons and pelting bricks and set a room inside the department on fire. Students also broke a number of windows of cars parked on the premises.

University administration called the police which dispersed the students immediately. The Vice-Chancellor Dr Muhammad Zakria Zakar has taken notice of the clash and has promised to take a strict action against those responsible for the incident.

"The situation is under control and those involved in disturbing the peace at the varsity were being identified using CCTV footage adding that strict action would be taken against them," he added.

"Not only will they be removed from the university, there will be legal action against them," Prof Zakar maintained.

Last year in March the PU had imposed a ban on student organisations from holding any kind of event.

The ban came as a reaction to a brawl between two student groups at the university on March 21, 2017, in which 18 students were injured.

A student group was celebrating their cultural day outside the Faisal Auditorium when a rival student group arrived and began chanting slogans against them which led to the clash.