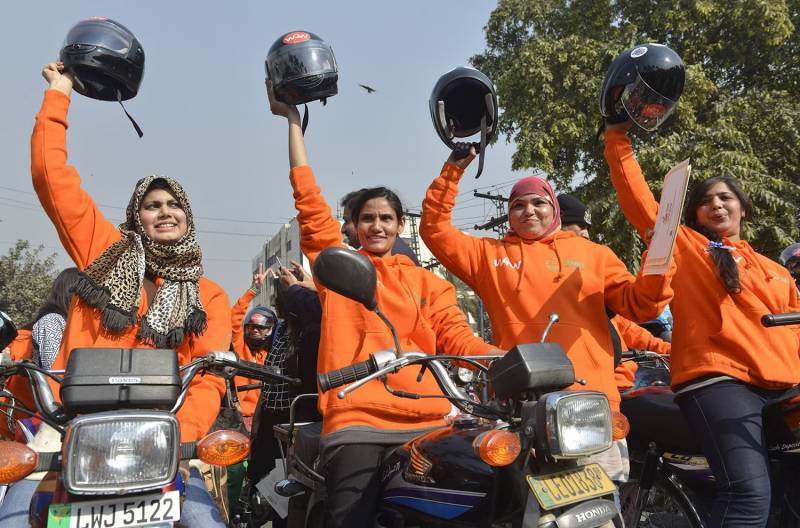 LAHORE – In a move to empower the female segment of the province, the Chief Minister’s Strategic Reforms Unit (SRU) has launched its much-awaited programme to provide customised motorcycles at subsidised rates to women.

The programme titled ‘Women on Wheels: Motorbike Subsidy Scheme’, is Phase II of its Women-on-Wheels project. It has been started with the collaboration of transport department and Bank of Punjab.

Under the programme, more than 3,000 motorcycles will be distributed among women of Punjab at  subsidised rates through a 100 percent transparent balloting process. Candidates can apply for the campaign starting from January 22, while the deadline is February 25.

SRU Director General Salman Sufi said the campaign has been designed following Punjab CM Shehbaz Sharif’s promise to empower women in order serve as a powerful counter narrative at a time when bigotry and attacks on women are rising in the country.

SRU, in 2015, introduced the Women-on-Wheels project in collaboration with the respective City Traffic Police and district governments to empower women by providing bike riding training free of cost. The campaign hit Lahore, Multan, Faisalabad, Rawalpindi and Sargodha where more than 3,000 women have been trained so far and further candidates are being trained.

Women aged between 18-40 with a valid learner’s licence or actual licence can avail subsidised motorcycles scheme. All relevant documentation including passport-sized photograph, valid CNIC, Punjab domicile certificate, Secondary School/Matriculation Certificate, and in case of the student, an affidavit stating that maximum income does not exceed Rs30,000 along with Rs3000 non-refundable application fee needs to be submitted to BoP branches.

Under this scheme, the Punjab government will be providing equity subsidy of Rs24,975 and 100 percent markup on the motorcycle. The applicant will make down payment worth of Rs27,000 and payment in 12 easy installments of Rs1,856 monthly.

Women interested in availing the training can visit any of SRU & Punjab Traffic Police training centres. The ultimate aim of the WoW campaign is to promote mobility of women in Punjab and empower them to become independent individuals.