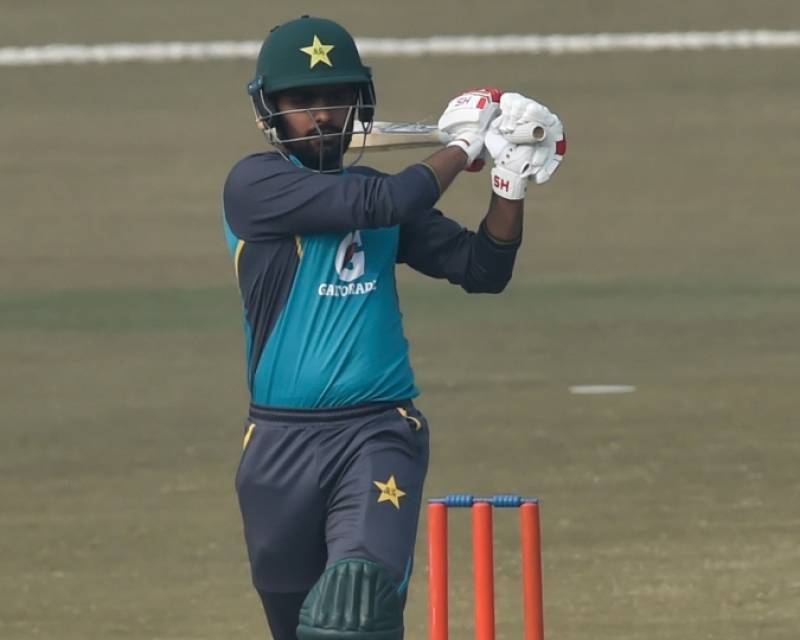 LAHORE - Pakistan's batting sensation Babar Azam on Friday will captain national cricket team in the three-T20I series against Bangladesh at the Gaddafi Stadium, a venue where 13 years ago he served as a ball-picker in the second Test between Pakistan and South Africa.

The 25-year-old, since making his international debut in September 2016, has moved to the top of the ICC batting charts following his consistent performance in the shortest format of the game against all opposition in different conditions.

To compliment his T20I ranking, he is ranked seventh in Tests and third in ODIs – a hallmark of a batsman who is on course to achieve greater heights.

Appointed Pakistan captain in September 2019, this will be the first time the Lahore-born star will captain his country in front of his home crowds. He previously led Pakistan in Australia where his side was swept aside 2-0 in a three-match series, but he still managed to standout by striking two half-centuries.

“It seems like yesterday when I walked every day for almost three miles to get to the Gaddafi Stadium and work as a ball-boy for the 2007 second Test between Pakistan and South Africa,” Babar recalled, adding: “It was the love for the game and the attraction of some of the stalwarts like Inzamam-ul-Haq, Younis Khan, Mohammad Yousuf, Misbah-ul-Haq, Graeme Smith, Hashim Amla, Jacques Kallis and Dale Steyn that pulled me to the home of Pakistan cricket without caring for anything else.

“For me, it was the incentive of being closer to Test cricket and legends of the game. Pats on the back and smiles from the Test players during that match were my ultimate rewards. For any youngster, it is certainly once in a lifetime experience.

“I think it was that passion, combined with a bid of cricket madness and stroke of luck that has helped me to become who I am today. I have been very fortunate that in this journey, people have held my hand, coached and mentored me, and always stood beside me in my good and bad days.

“I owe all my success to all those unsung heroes and now it is my responsibility to continue to strive for excellence so that I can match the expectations, both as a player and captain.”

“There is no better feeling when you walk out to bat with your fans behind you. You feel that additional comfort that you are in a familiar territory then you grow in confidence every time you hear the applause for a good shot.

“This is what Pakistan cricket had been missing for the past decade or so. I am from that generation of Pakistan cricketers who grew and established ourselves away from our home conditions and fans. If you compare us with the cricketers from other countries who have made their debuts in the past 10 years, you will realise the additional hardships and challenges we had to go through.

“But this is now all behind us and we look for a better future for our cricket and cricketers.”

Talking about captaining the side against Bangladesh, Babar said: “Captaining your country is the biggest responsibility and honour one can get. I have always aspired to play hard but fair cricket, and that’s what I will like to do as long as I am representing Pakistan.

“Since the tour has been announced, I have been excited about the prospect of leading an extremely talented bunch of players onto the field. Frankly, this is what I used to dream as a young boy, and that dream is now about to turn reality.

“No matter how young or experienced you are, learning process continues. This series will also be part of that process, having said that there will be no room for ordinary performances. We are expected to deliver the goods every time we represent Pakistan and there will be no change to that philosophy.

“We have some young but talented cricketers and if you mix them with the experience of Mohammad Hafeez and Shoaib Malik, then it becomes a good blend. The two have played nearly 200 T02I between them and now it is up to them to learn from their experiences and not only learn tricks of the trade but also put an end to our run of unfavourable results in the past few matches.

“I firmly believe we are a much better and stronger unit despite losing eight of the last nine matches. We need to get back to our winning habit from this series and so that we can bury the demons of the past few matches.”

All the three T20Is will start at 2pm with the toss taking place at 1.30pm. Tickets for the matches are available online as well as dedicated TCS Express Counters.