In speech after Elahi's defeat in Punjab CM election, Imran hits out at Zardari, invokes SC 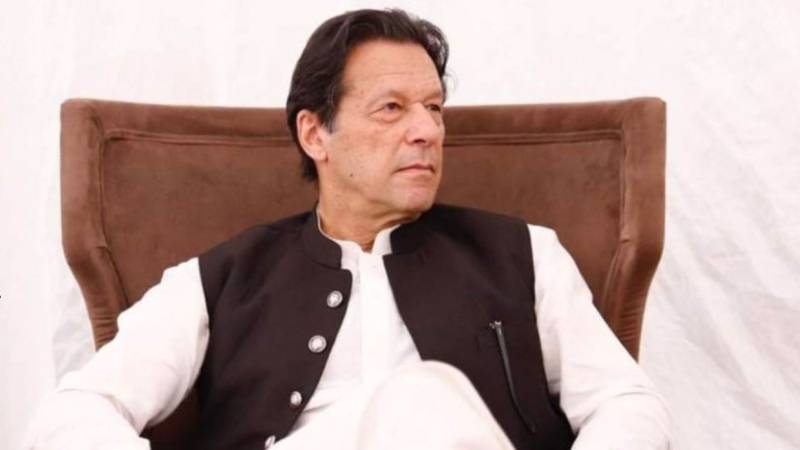 Elahi was declared loser in the run off election held in the Punjab Assembly building on Friday evening after Punjab Assembly Deputy Speaker Dost Muhammad Mazari rejected 10 votes cast in his favour. Mazari was of the view that PML-Q President Chaudhry Shujat had written him a letter, asking him not to count votes of his party's MPAs if they vote against Hamza.

Speaking to his supporters, Khan urged them to come out on the streets and register their protest, adding that now the Supreme Court should play its role in light of Hamza's shock win over Parvez in the Punjab CM election.

"I am in shock at what happened in the Punjab Assembly," he said referring to Mazari's ruling to not count PML-Q votes — a decision that decreased Parvez's votes from 186 to 176.

"Last night, Asif Zardari reached Lahore. We knew that he had to play a game. For 30 years, he has ruined the country. He buys democracy through black money."

Khan said the developments of the day were similar to what was allegedly done prior to his ouster from the top office on April 10.

"This circus that we are seeing, it first happened in the Sindh House," he referred to him losing his party MNAs ahead of the no-confidence move in March.

"A mandi (market) was set up. Our children were seeing it. Every child has social media these days. There was a market set up where the price of the conscience of public leaders and parliamentarians was ascertained.

"The way goats and sheep are sold ... the same way members of the parliament were being sold. Even there, the biggest culprit was the biggest dacoit Asif Zardari. He has gone to jail and still rules over Sindh. He became the part of an imported conspiracy".

Referring to Mazari's ruling, Khan said: "It has clearly been written in Article 63-A that the parliamentary party's head issues instructions for vote. Shujaat Hussain's letter is not valid.

"This man who is the speaker (Mazari) has no shame that votes have been cast and we have won and then he goes and awards the win to someone else.

Khan, whose party has decided to challenge the deputy speaker's ruling in the Supreme Court, also addressed the top judiciary in his address.

"I also want to urge the Supreme court that things are clear in front of you. I have done jihad against Zardari and Sharifs for years. I was pressured to give them NRO but I refused. Both of them looted the country," he said.

"Until and unless we bring these dacoits under the rule of law, there is no future for this country. Remember that our children are seeing this."

Following Imran's call, party supporters and activists took to the streets in various cities including Karachi, Lahore, Gujranwala and Rawalpindi protesting against the triumph of Hamza in the Punjab CM election through "unfair means".