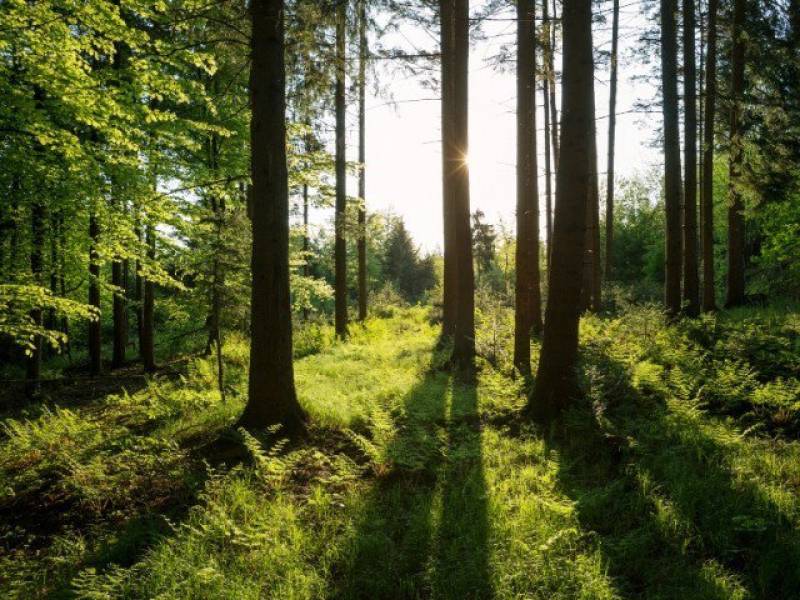 LAHORE - World Wide Fund for Nature-Pakistan (WWF–Pakistan) has demanded the government and private sector to increase the forest cover despite all hurdles as climate change has been posing the biggest threat to Pakistan's development over the past decade.

Hammad Naqi Khan, Director General WWF-Pakistan, in his message on International Forest Day, stressed the growing need for cultivating forests from scratch. Drawing a comparison between the past and present, he said, "I believe that mentioning the word ‘forest’ has become more prevalent in our day to day discussions, and rightly so", he expressed.

The intensity of glacial meltdown due to rising temperatures has resulted in destructive floods from 2010 onwards, almost on an annual basis. "Forests are significant carbon sinks but their rapid conversion to supply key commodities undermines efforts on climate", Naqi added.
WWF-Pakistan while recognising and promoting the various benefits that forests have, also laid emphasis on the relationship between forests and humans and the importance of a good forest cover for the future generations of the country.

"We depend on forests for our survival, from the air we breathe to the wood we use. Besides providing habitats for animals and livelihoods for humans, forests also offer watershed protection, prevent soil erosion and mitigate climate change. Yet, despite our dependence on forests, how can we still allow them to disappear?”

According to a 2015 United Nations Food and Agriculture Organisation (FAO) report, the forest cover of Pakistan has been reduced to under two per cent of its land area — one of the lowest levels in the region.

Similarly, according to projections in the WWF Living Forests Report, the amount of wood taken from forests and plantations each year may need to be tripled by 2050 even with increased recycling, reuse and efficiency.

Every year, March 21 marks the International Day of Forests.

The United Nations has linked this recognition to the 2030 'Agenda for Sustainable Development'. This year, the theme is forests and energy. From planting trees in urban areas to reducing global warming to creating carbon stocks by increasing plantations, all activities are driven by this approach.-PR