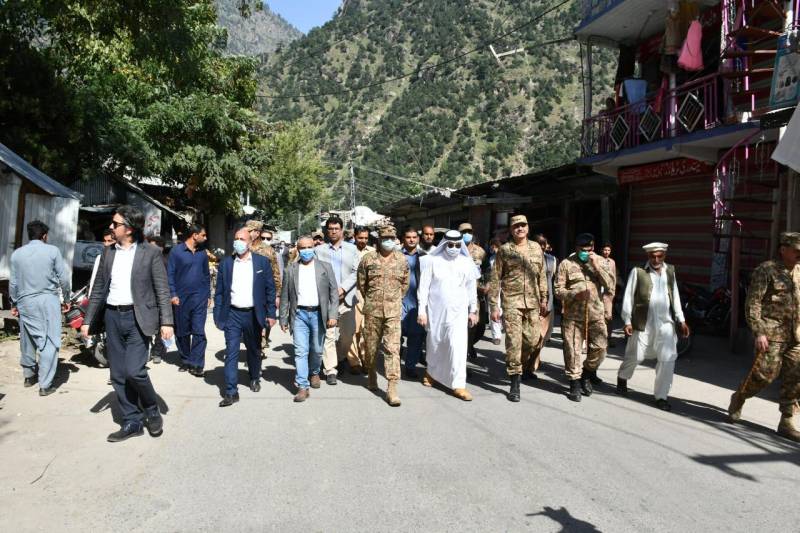 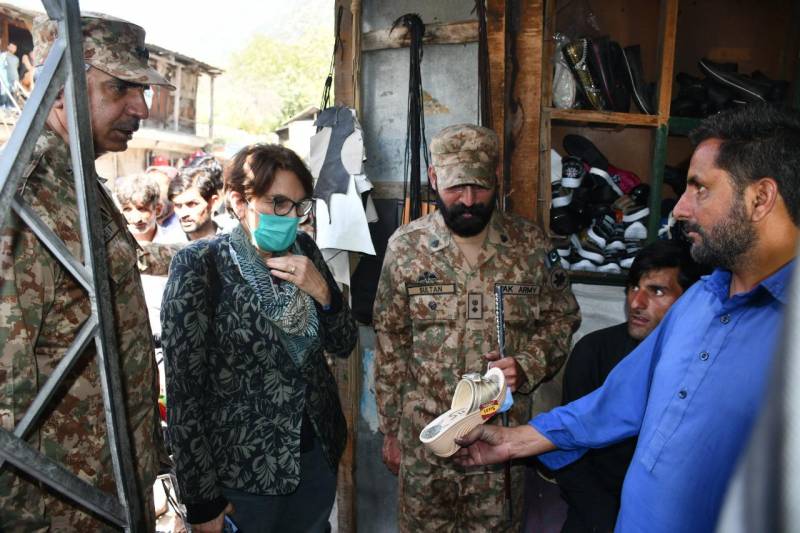 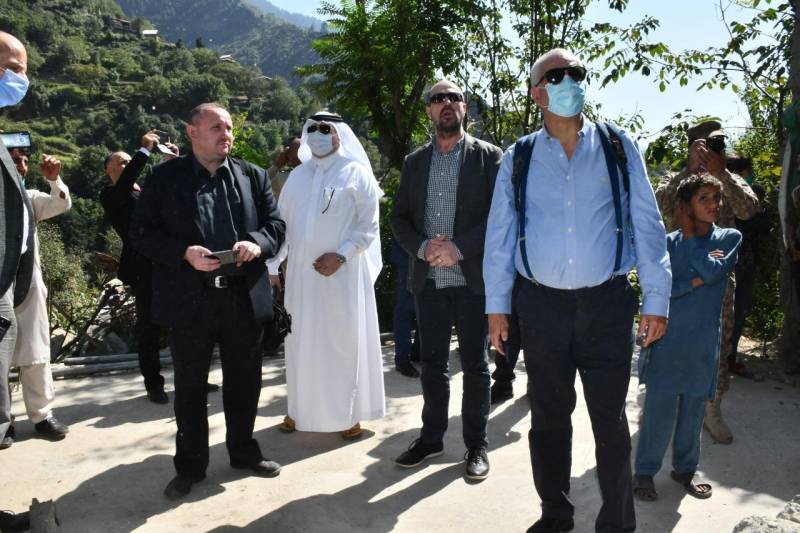 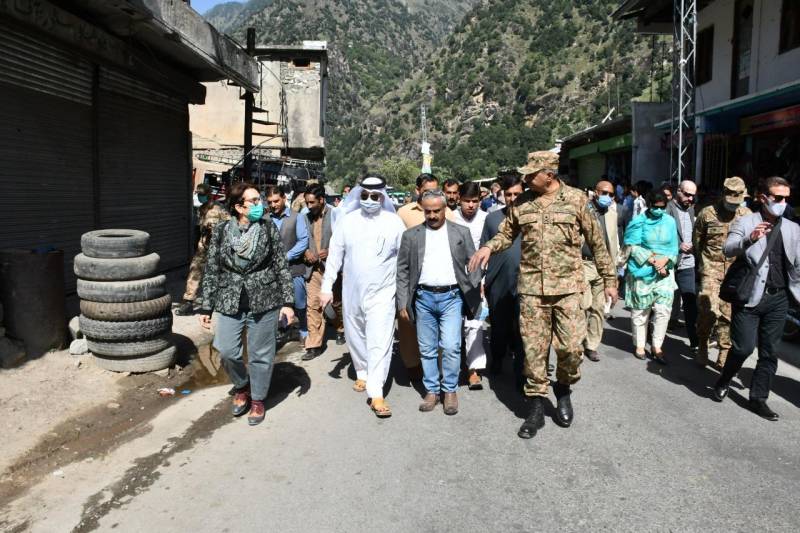 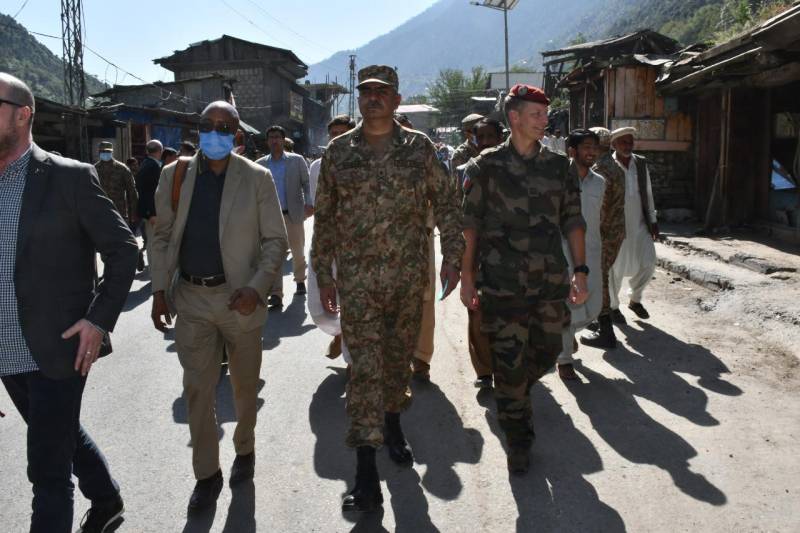 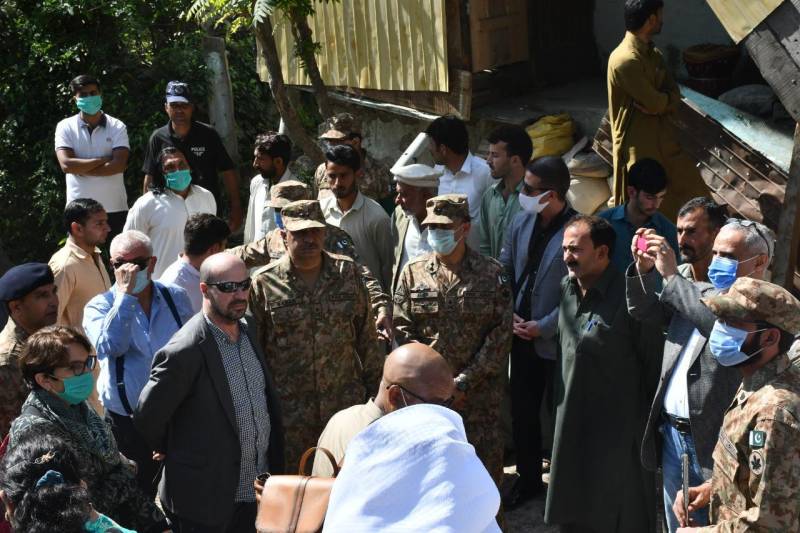 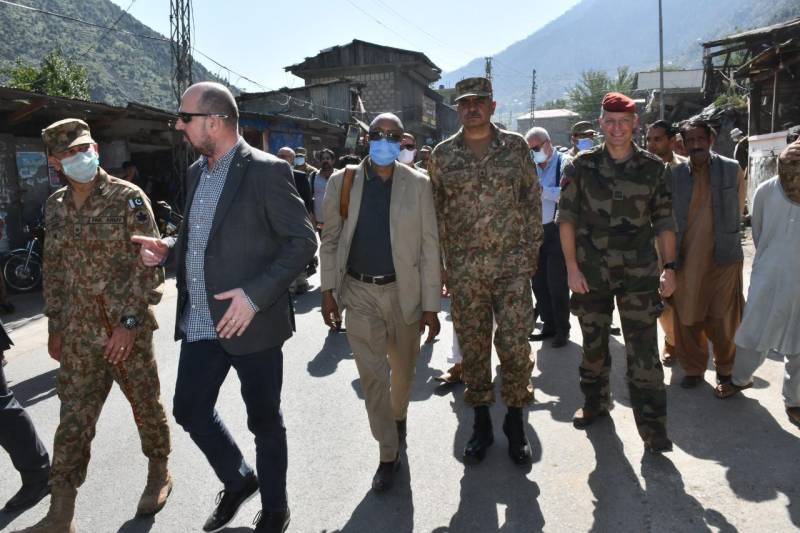 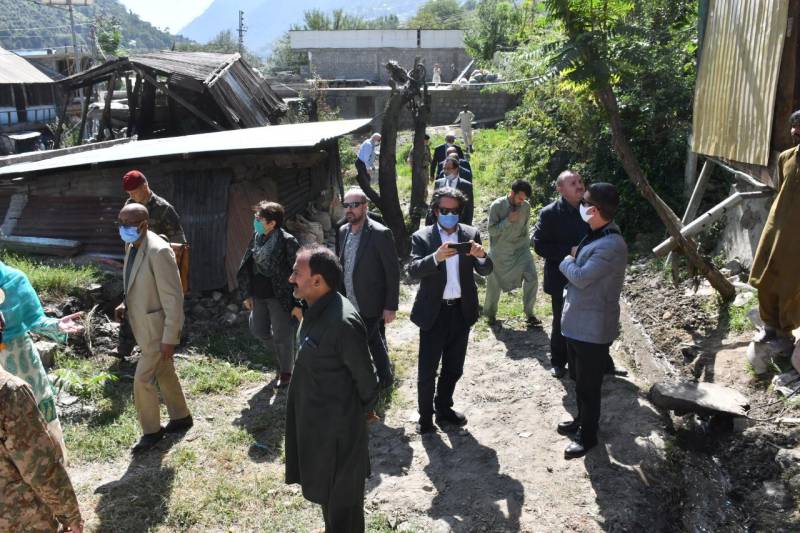 RAWALPINDI – A delegation of ambassadors, defence attachés, diplomats and heads of international organization visited Jora sector along Line of Control on Pakistani side to review the situation, the military's media wing said on Thursday.

The international delegation thanked Ministry of Foreign Affairs and Pakistan Army for arranging a visit to inform them about ground realities.

Turkish envoy to Pakistan Ehsan Mustafa Yardikal reiterated President Tayyip Erdogan’s stance on Kashmir given by him at the UNGA address.

He said that Jammu and Kashmir conflict is a burning issue and called for resolving the dispute through negotiations under UN resolutions and according to the wishes of Kashmiris.

EU ambassador Androla Kamira said that on ground situation was observed directly during the visit where delegation members also listened to the victims of Indian aggression.

South Africa’s High Commissioner M Medkezi thanked ISPR for arranging the visit, adding that he had long desire of reviewing the situation of LoC.

He hoped a solution of the Kashmir issue in near future.

"We stand with Kashmiris in every way," he announced.