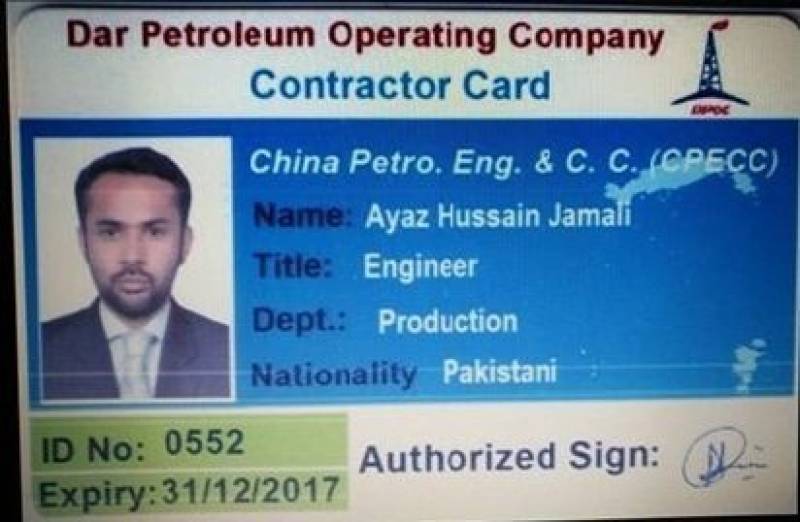 An online petition has been launched that demands safe recovery of 26 year old  Pakistani petroleum engineer Ayaz Hussain Jamali, who was kidnapped along with three local workers on Sunday.

Jamali, an employee of  Dar Petroleum’s Paluch Oil field in South Sudan, was kidnapped at gunpoint by rebels from Riek Macchar Group.

"Machhar Group is fighting against the government and has already kidnapped two Indian engineers last week," the petition states.

As many as 835 people have already extended their support to the online campaign that still needs at least 165 people to reach its target of 1000 signatories.

His brother Babar Jamali, who is also working in the same company as the plant officer told Petarian Human Rights Organization PHRO  that the situation in South Sudan was deteriorating due to the conflict between pro-Government and anti-Government forces.

According to his brother, Ayaz had already resigned from the job and was booked to fly to Pakistan on Monday when he got kidnapped.

"We are appealing to United Nations, Prime Minister of Pakistan, Ministry of Foreign Affairs, especially Pakistan diplomats in Sudan to take up the issue on diplomatic levels with the government of South Sudan for safe and early recovery of Ayaz Hussain Jamali," the petition concluded.