Women on Wheels to rally before PSL 2018 playoffs in Lahore 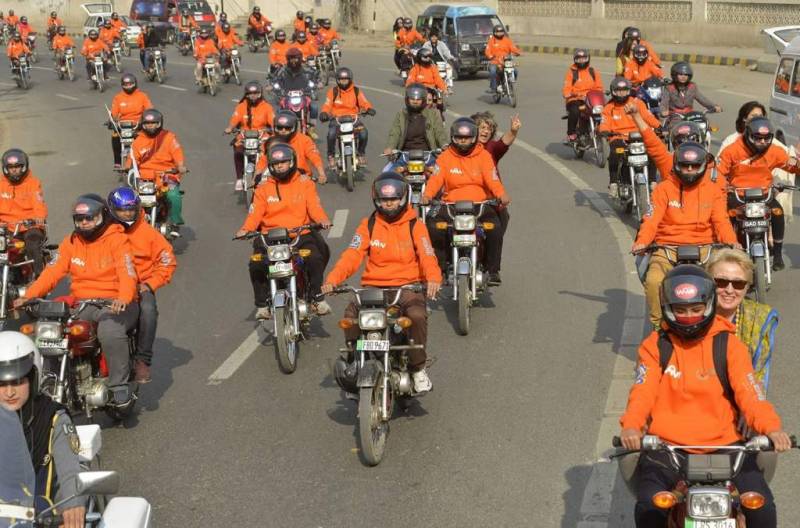 LAHORE - The Women on Wheels (WOW) will take out a motorbike rally before the Pakistan Super League (PSL) play-off qualifier matches, starting from Tuesday, in Lahore.

"The trainees of the WOW campaign will be held at Lahore’s Qaddafi Stadium before the start of the first fixture," said Salman Sufi, the director general of Strategic Reforms Unit.

“Six bikers will participate in the rally which aims to provide females with mobility as well as empower and help them reclaim public spaces,” he added.

Celebrities such as Jugnu Mohsin, Sohai Ali Abro, Mira Sethi and Juggun Kazim will also participate in the bike rally.

Sufi said they were thankful to the Pakistan Cricket Board for taking the commendable step of allowing WOW to hold a rally ahead of the match.

He further said that as per the directives of the Punjab chief minister over 10,000 women across the province would have been trained to ride motorbikes and provided customised motorcycles at subsidised rates.

“Over 3,500 women in Lahore, Multan, Sargodha and Faisalabad have been given free motorcycle training,” Sufi added.

The date to apply to acquire a motorcycle on subsidised rates has been extended till April 25.