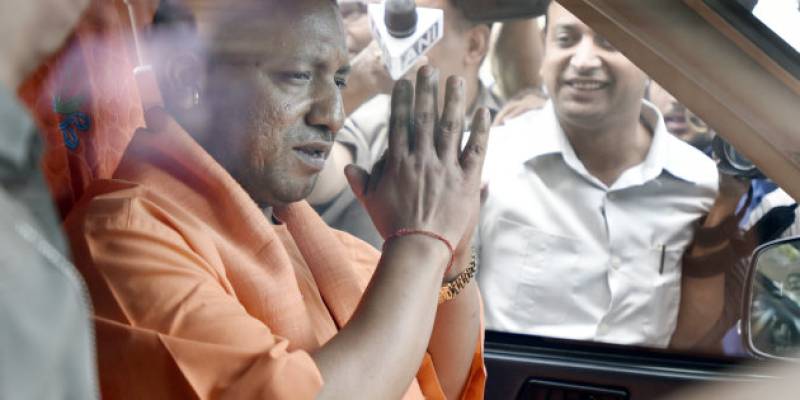 The police said the shops were burnt by "anti-social elements".

There have been protests in the area after the incidents, which took place two days after Yogi Adityanath took charge as Chief Minister at the head of a new BJP government in Uttar Pradesh, NDTV reported.

The 44-year-old priest-politician has been campaigning aggressively against slaughterhouses and the BJP has said that a promised ban will soon come into effect.

Riding a strong anti-meat sentiment, the BJP had promised in its manifesto to shut all mechanised slaughterhouses immediately after forming government

Immediately after taking oath Chief Minister Yogi Adityanath warned the state police that local police officers will be made accountable if 'illegal' meat shops and slaughter houses are found to be functioning.

India has seen a rapid increase in Hindu right-wing radicalisation and anti-minority violence allegedly at the behest of India's ruling party BJP.