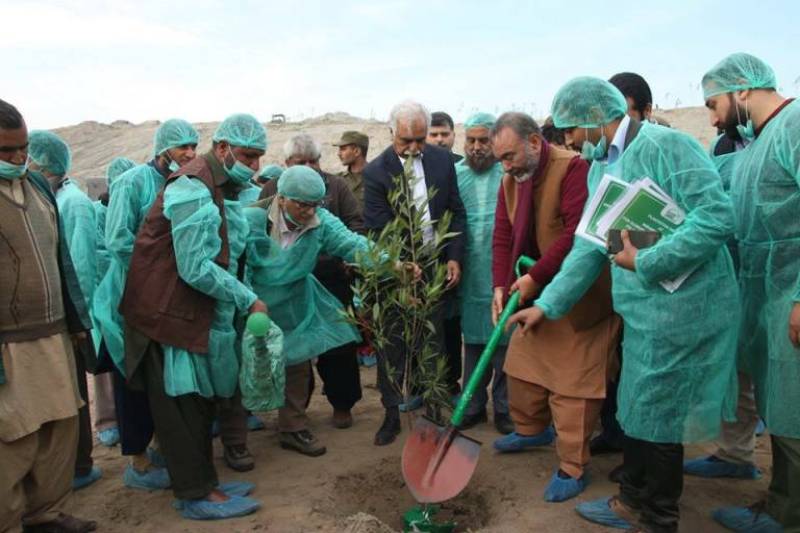 LAHORE: Lahore's official dump and wastage site, Mehmood Booti is being shut off for any further dumoing since it has reached its limit of 2,500,000 tonnes of garbage, however, the Parks and Horticulture Authority Lahore and the Lahore Waste Management Company (LWMC) have decided to turn the area into a public park!

The organizations have begun work to transform the landfill and as can be seen in pictures authorities are leveling, terracing and cutting down the garbage in order to help it maintain a solid base. An additional four feet of soil has been placed on top of the heap and the area is being treated with water to encourage plant growth.

Some of the trees that the PHA and LWMC have decided to plant include Sunflower, Table Palm and Conocarpus erectus, however according to a report although both the Sunflower and Table Palm did not survive but the Cornocarpus was more successful. Nearly three hundred trees have been planted and the final aim is to plant 10,000 trees on the site.

The dumping site, which was established in 1997 and spans an area of more than 320 kanals of land. Since it has reached its maximum capacity, the official site is being transferred to another site a mere two kilometers away at Lakhodair.

The decision on part of the two organizations has been well appreciated from local residents as there have not been any public parks in the area. The idea of converting garbage sites into parks is not a new one around the world, but this project is the first of its kind in Pakistan.