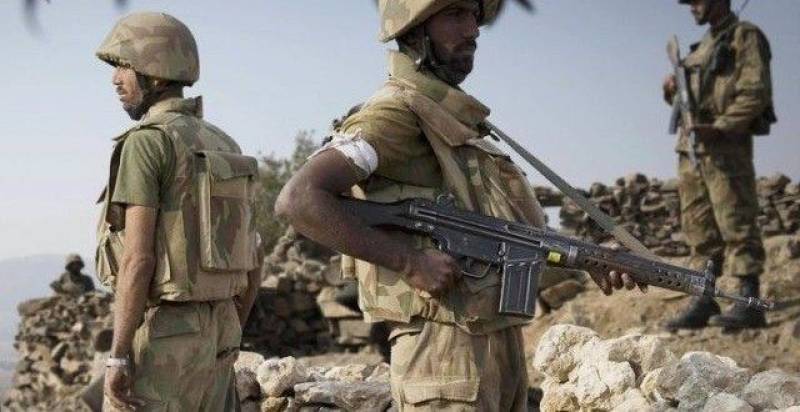 QUETTA - An attempted suicide attack on the vehicle of security forces was foiled in Kuch Mor area of Quetta on Thursday.

As security forces crossed a check post, the attacker opened fire on the personnel and wanted to detonate himself near the vehicle.

However, the assailant was killed in retaliatory firing. The forces during checking found a suicide vest, which was attached to the body of the attacker.

Later, a team of bomb disposal squad was called to the site where the explosive device was diffused by taking timely action.

The identity of the attacker is yet to be ascertained, while no group has claimed responsibility for this attempted suicide attack.

Police and security officials are often targetted in the Balochistan capital.

Four security personnel were martyred on Feb 14 when they were attacked near the city's Sariab Road area. Police said unidentified attackers, riding a motorcycle, targetted a motorcycle patrol of the Frontier Corps (FC) while it was on routine duty along with a railway track.

Similarly, a police constable was shot dead by unidentified attackers on the city's Raisani Road on January 16.