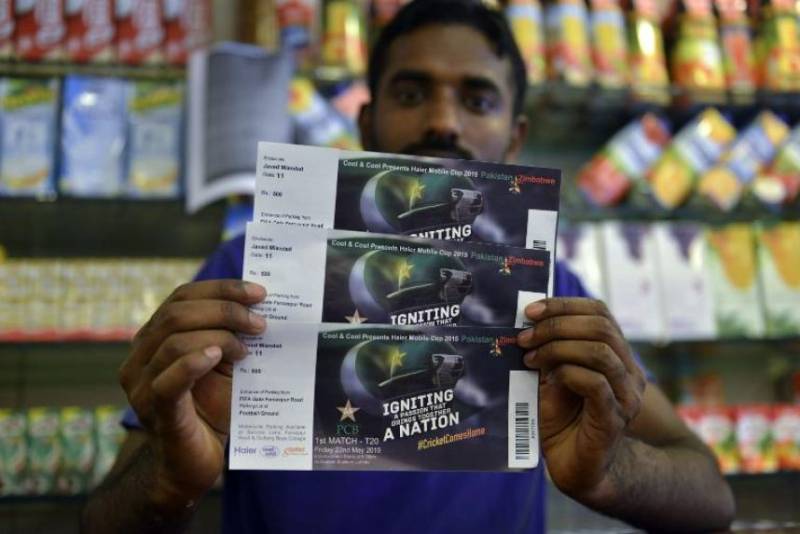 LAHORE (Web Desk) - About 300 tickets of Pak-Zimbabwe matches have been stolen from Pakistan Cricket Board office.

According to details, an employee of PCB Mr Irfan is suspected to have stolen the tickets. A case has been registered against him at Gulberg Police Station, sources confirmed.

Another person, impersonating as a police official,  has also been held for his alleged involvement in black marketing the match tickets.

However, the tour of Zimbabwean team is a ray of hope for Pakistanis who are really excited to see the green-shirts take on Zimbabwe in the much-awaited first T20 today (Friday).