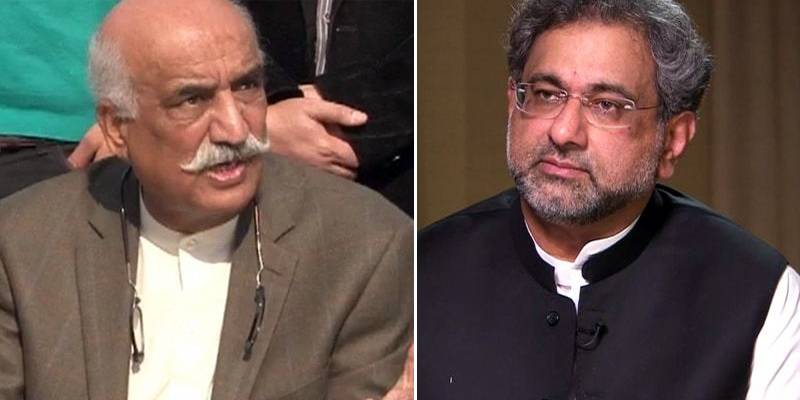 ISLAMABAD - The incumbent government of Pakistan Muslim League-Nawaz (PML-N) and opposition in the National Assembly met on Tuesday to finalise the name of the caretaker prime minister but concluded resultlessly.

Prime Minister Shahid Khaqan Abbasi and Leader of the Opposition Khursheed Shah held a meeting for the fifth time and it was expected that final name to be announced today. However, both high ups were unable to select a name for the slot.

Shah talking to media said that next round of the talks would be held on Wednesday or Thursday. He added that a four-member committee to be formed to select the interim PM in case govt and opposition failed to reach a decision.

The government has suggested the name of Justice (r) Nasir-ul-Mulk, Justice (r) Tassaduq Jilani and Dr Shamshad Akhtar for the slot.

Nasir-ul-Mulk is a Pakistani jurist and the former professor of law who served as the 22nd Chief Justice of Pakistan.

Tassaduq Hussain Jillani is a Pakistani judge who served as the 21st Chief Justice of Pakistan from 2013 to 2014.

Dr Shamshad Akhtar is a Pakistani banker and economist who served as the Governor of the State Bank of Pakistan.

Pakistan's permanent representative to the United Nations Dr Maleeha Lodhi, who was among the favourite candidates, is missing from the list, local media claimed, citing sources.

Names of former Pakistan Ambassador to the United Nations Abdullah Hussain Haroon and former State Bank governor Dr Ishrat Hussain are also being speculated for the post ahead of the meeting.

ISLAMABAD - The Election Commission of Pakistan (ECP) has recommended July 25, 26 or 27 for holding general elections ...

The ruling party's five-year term is going to end on May 31.