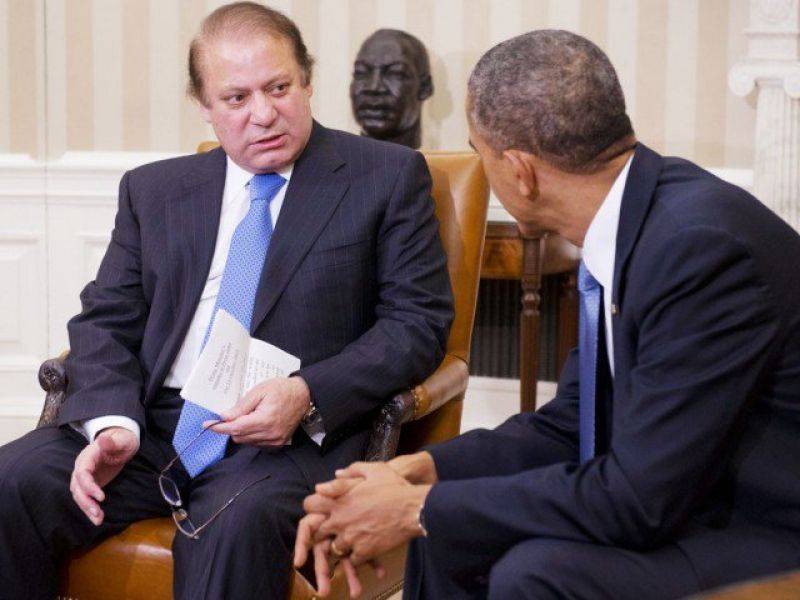 US President welcomed Nawaz Sharif at the White House. Speaking on the occasion, the Prime Minister thanked President Barack Obama for his hospitality and inviting him to visit the United States.

US President said Pakistani community is playing an important role in development and progress of the United States.

He said his country has very strong relations with Pakistan.

He said the United States wants to enhance its cooperation with Pakistan in science and technology.

The two leaders discussed all subjects of mutual interest and regional situation with particular reference to Islamabad's ties with Kabul and New Delhi.

Bilateral cooperation in defence and energy remained top on the agenda of the meeting.

The prime minister apprised the US president of Pakistan's policies for revival of economy, fight against terrorism, and the regional situation.