Hold your horses! Govt. set to announce new Army Chief in a week 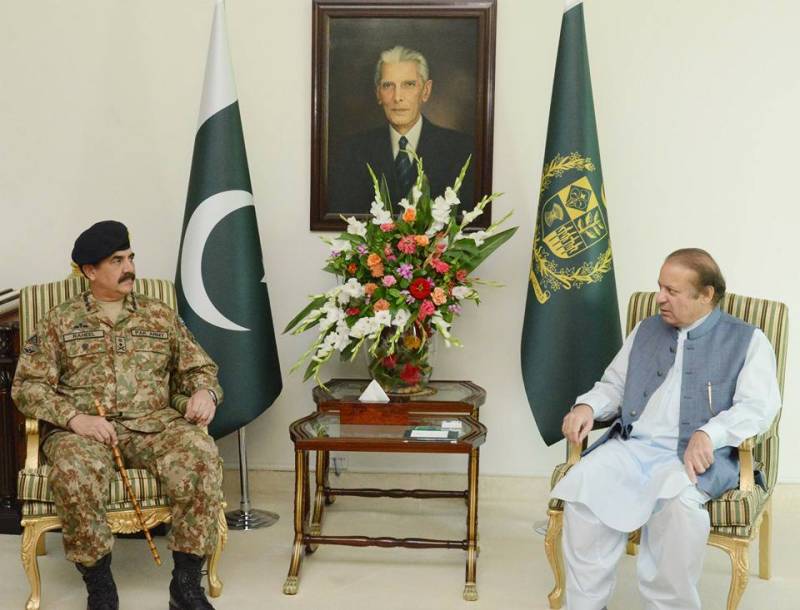 ISLAMABAD - The federal government has announced to name the new Army Chief in next few days although it has not yet finalised the name for military's top slot.

This was expressed by State Minister for Capital Administration Tariq Fazal Chaudhry while talking to newsmen here on Friday.

“The government has not yet decided as to who will be the new army chief but is likely to announce his name in week or ten days’ time” he said.

Chief of Army Staff General Raheel Sharif is retiring on November 29 and he had announced not to seek an extension in his tenure. Plenty of journalists had claimed big regarding current COAS. A few had opined that his tenure would be extended while some were of the view that he might be given the position of Field marshall.

The duo of PML-N lawmakers also took a potshot at PTI supremo Imran Khan for his planned street muscle on November 2.

They also alleged that Imran Khan received funds from the United States and the Indian lobby for staging his 2014 Islamabad sit-in. This time around, Imran has sought help from militant groups to make his upcoming protest in Islamabad a success, they claimed.