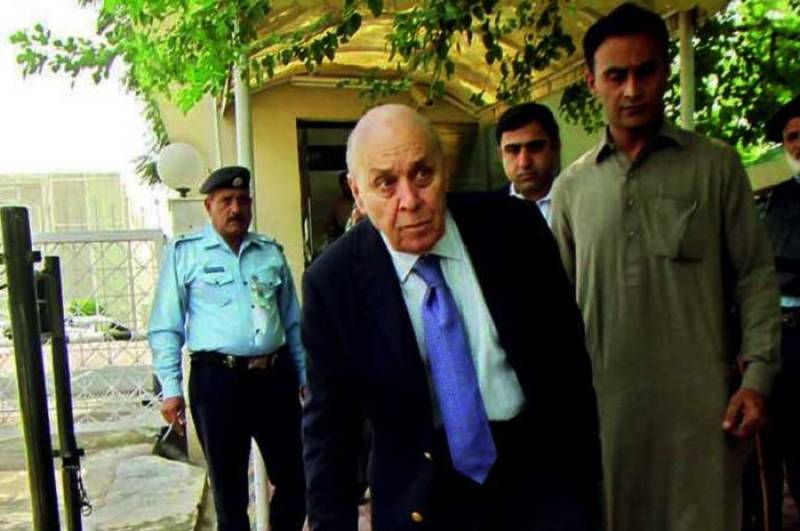 ISLAMABAD - The Joint Investigation Team (JIT) tasked to probe mega laundering through fake bank accounts has informed the Supreme Court that the scam involved over Rs100 billion, instead of the original calculation of Rs 35 billion.

The JIT submitted its second report on the case to the apex court on Monday in which it revealed that the case has transformed into an extremely complicated scam of money laundering, revealing that there was a lack of cooperation from Sindh government.

The information being provided by the Sindh government is in piecemeal, told Ahsan Sadiq, the head of the agency’s joint investigation team (JIT).

Millions of rupees were dumped in bank accounts of unsuspecting individuals and even those who have been dead for two years through complex mechanisms, the report stated.

On the other hand, Advocate General Sindh Salman Talibuddin rejected the claim made by the JIT head and termed his statement ‘unkind’.

During today's hearing, the counsel for Omni Group appeared before the Supreme Court and informed the chief justice that Anwar Majeed needed to be hospitalised as he faces cardiac problems and was fitted with a stent back in 1999.

If Majeed faces health problems then he should be admitted to Rawalpindi Institute of Cardiology and the court will ensure he receives excellent medical care, remarked the top judge.

The bench summoned all relevant secretaries of the provincial government, which include secretary finance, chief secretary, energy secretary and the secretary of the irrigation department on October 26.

The money laundering case is being tipped as the next Panama papers type scam for the politicians in the country as the Federal Investigation Agency is investigating 32 people including former president Asif Ali Zardari and his sister Faryal Talpur.

Moreover, Zardari’s close aide Hussain Lawai was also arrested in July in connection with the probe while former president's another close aide and Omni Group chairman, Anwar Majeed, and his son, Abdul Ghani Majeed, were also arrested by the FIA in August.

Investigations so far have revealed that several ‘benami’ accounts were opened in 2013, 2014 and 2015 at some private banks from where transactions worth billions of rupees were made. in a fictitious manner.

Earlier this month, the Ministry of Interior barred 95 individuals suspected to be involved in the case from leaving the country; of these 95 individuals, 78 were placed on the Exit Control List and 17 on the FIA's provisional national identification list (PNIL) or 'stop list'.