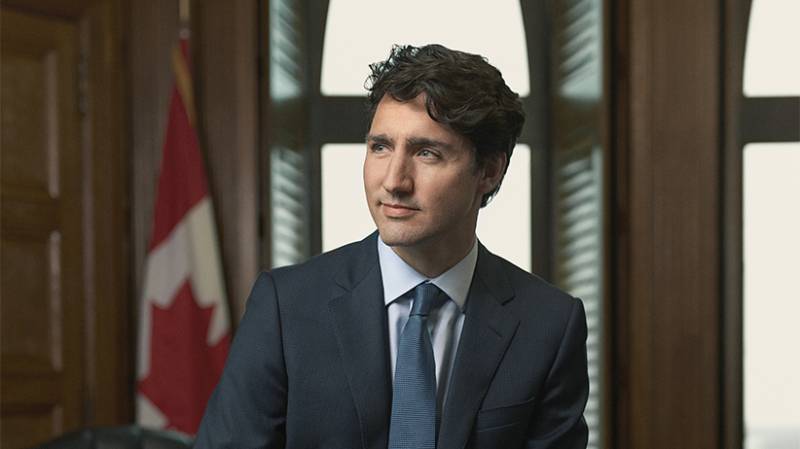 Fresh statistics show the Liberals are projected to win 157 seats as compared to 184 seats bagged in 2015 elections. 170 seats out of total 338 seats are required to form the majority government in Canada.

Despite forming the government under Justin Trudeau, the Liberal Party will face difficulty while pushing any legislation through the parliament.

The Conservative Party, which is headed by Andrew Scheer, are projected to take 121 as compared to 95 seats during the last elections.

The New Democratic Party, however, faced a major setback as a sharp decline was saw in seats for the political party. It is projected to win 24 seats.

Quebec's separatist party, the Bloc Québécois, which participated in elections only in that province, showed better performance as it is expected to bag 32 seats.

Following the victory, Trudeau tweeted as saying "Thank you, Canada, for putting your trust in our team and for having faith in us to move this country in the right direction. Regardless of how you cast your vote, our team will work hard for all Canadians".

Thank you, Canada, for putting your trust in our team and for having faith in us to move this country in the right direction. Regardless of how you cast your vote, our team will work hard for all Canadians.

Campaigning ended as it began some 40 days earlier, with polls showing a near perfect equilibrium, reported APP.

Neither the Liberals nor the Conservatives — the parties that have led Canada since Confederation in 1867 — is forecast to win enough support to secure an absolute majority of seats in parliament.

– Faded golden boy – At final campaign stops in westernmost British Columbia on Sunday, former golden boy Trudeau made an emotional appeal to voters to enable him to build on the achievements of his first term.

He warned against Scheer’s pledged rollback of environmental protections including a Federal carbon tax that discourages the use of large amounts of fossil fuels.

“We need a strong, progressive government that will unite Canadians and fight climate change — not a progressive opposition,” Trudeau told a rally in a suburb of Vancouver after whistle-stops in Ontario, Manitoba and Alberta.

“We need to unite as citizens. We need to unite as a planet.” After winning in a 2015 landslide — in a repeat of the wave of support that in 1968 carried his late father Pierre to power — Trudeau’s star has dimmed while in office.

His image has been tainted by ethics lapses in the handling of the bribery prosecution of an engineering giant, while his campaign was rocked by the emergence of old photographs of him in blackface make-up.

– Main parties both struggle – If Trudeau hangs on, it will be because Scheer has struggled to win over Canadians with his bland minivan-driving dad persona and a throwback to the thrifty policies of past Tory administrations.

Canadians “cannot afford” a Liberal government propped up by the third-place New Democratic Party (NDP), Scheer said at the end of a marathon last push from the Atlantic to Pacific oceans.

“We can only imagine what the NDP’s price would be to keep Justin Trudeau in power,” he said.

“Whatever it is, we know Trudeau would pay any price to stay in power and he’d use your money to do it.” Campaign attack ads have included false accusations that Liberals would legalize hard drugs and the Tories would allow the proliferation of assault weapons.

At one rally, Trudeau was forced to wear a bulletproof vest.

Along the bruising way, Trudeau and Scheer traded barbs.

Trudeau evoked the bogeymen of past and current Tory parties fostering “politics of fear and division” and Scheer called the prime minister a “compulsive liar,” “a phoney and a fraud.” – Trudeau defends record – Trudeau defended his record: a strong economy and low unemployment, legal cannabis, the resettlement of 60,000 Syrian refugees, doctor-assisted deaths, a public inquiry into missing and murdered indigenous women, and free trade deals with Europe, Pacific nations and North American neighbors.

Former US president Barack Obama endorsed Trudeau, calling him an “effective leader who takes on big issues like climate change.” “The world needs his progressive leadership now,” Obama said in a tweet.

The Conservatives, meanwhile, have stood alone among all of the parties in pledging austerity measures to return to a balanced budget within five years.

Scheer was shaken late in the campaign over revelations of his US dual citizenship and allegations that his party hired a communications firm to “destroy” the upstart People’s Party, led by former Conservative foreign minister Maxime Bernier.

The party has situated itself to the right of the Conservatives and could draw votes away.

On the left, the Bloc has come back from a ruinous 2015 election result, tapping into lingering Quebec nationalism to challenge the Liberals’ dominance in the province.

The Bloc and NDP have said they would not prop up the Tories if they secure a minority.

Who will govern may still be unclear for weeks after the polls close during alliance negotiations that could keep Trudeau in office even if his party loses.