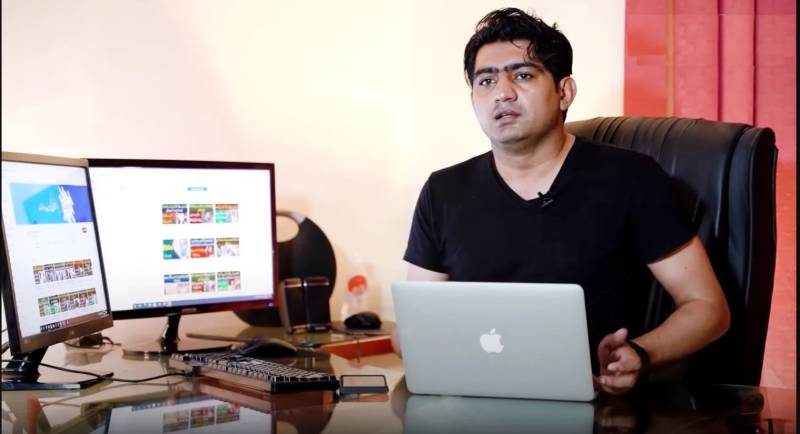 Zeeshan Aziz is also managing the YouTube channel of UrduPoint having more than 5M audience. Aziz's expertise is in content, audience growth, and revenue of digital platforms.

Digital Media and YouTube are the current biggest revolutionary platforms that are making massive participation into make lives of people. Digital media took journalism to the next level with technology and more reach of the audience said, Zeeshan Aziz.

Today, digital media platforms are termed as sources where an individual can learn about issues not being highlighted in the mainstream media. While highlighting the same thing Zeeshan shares that the reason why he decided to take on this career path was so he could “contribute towards breaking the traditional biases in which the mainstream media had started to operate”.

Making the general public the utmost priority, Aziz wanted to get factual information to the masses in real-time and make them aware of all that was happening around them. In his opinion “empowering the people with the right information is the first step to fixing our problems and initiating change that we are desperate to see in our society”.

In 2019, he attended the Sahafi Summit at IBA, a skills youth summit in Multan, interviewed by Qasim Ali Shah Foundation and a public speaker at COMSATS University Lahore. The same year, he also represented his media house at Google’s headquarters in Singapore for Pakistan Image Day.

On March 16 this year, Aziz was also invited on the Morning Show of Public TV, as a digital media pioneer to talk about the importance and impact of the medium. You can follow Zeeshan Aziz on his Twitter @imziishan.