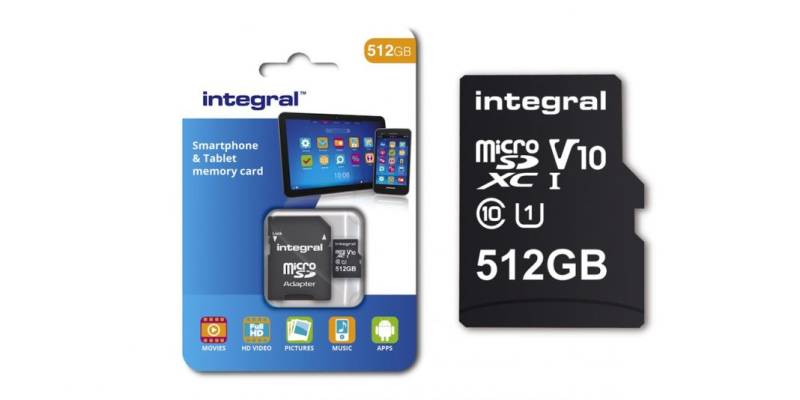 In a press release, the Marketing Manager of Integral Memory, James Danton explained that there is the need to extend the storage capacity in order to provide the greater experience to the users.

“Consumers have been clear in their call for increased storage, as mobile devices have become essential to many in everyday life. As a company, we are very proud to be the first to achieve the 512GB capacity milestone in microSDXC, worldwide”.

The new memory card has a transfer speed of 80MB per second. The V10 standard means that it should be able to shoot and store video in 1080p from a high-end camera in real time.

The memory card is also UHS-1 Class-1, which means that the slowest transfer speed that the card will dip down to is 10MB per second

The memory card is expected to launch in February, with no price details known yet.