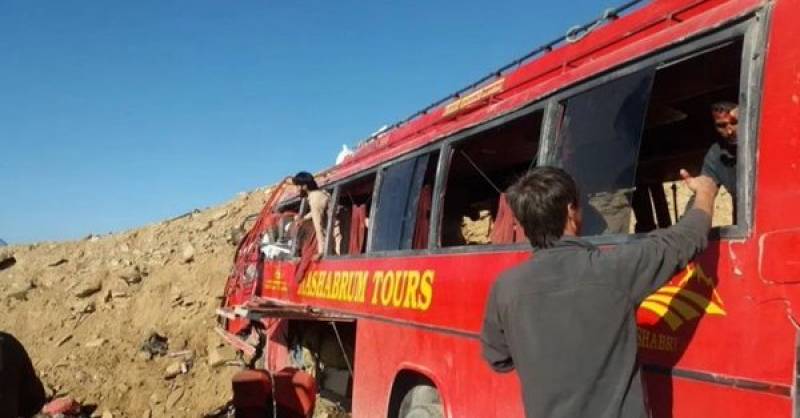 CHILAS – At least 27 people, including 10 Pakistan Army soldiers and eight children, have been confirmed dead in a tragic accident near Babusar Top, a famous tourist destination in Chilas.

Women and children are among over a dozen injured in the crash on Sunday morning. The bus was travelling from Skardu, a famous tourist destination, to the garrison city of Rawalpindi when the accident occurred in the country's northern region of Gilgit-Baltistan, which borders China.

All the injured were airlifted by Army Aviation helicopters and shifted to CMH Gilgit, the Inte Services Public Relations (ISPR) said in a statement.

According to the Pakistan Bureau of Statistics, around 9,000 road accidents are reported every year, killing around 4,000 people.