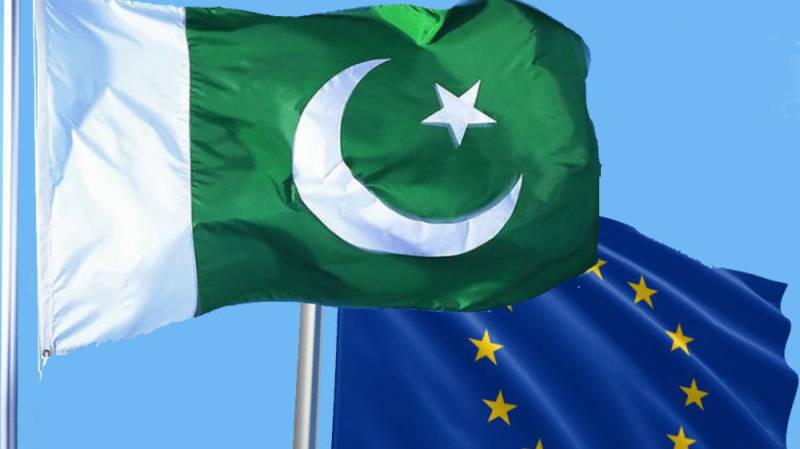 Brussels – The European Commission has decided to maintain the Generalized Preferential System Plus (GSP-Plus) status of Pakistan, it emerged on Wednesday.

The commission in a statement said that it has introduced six new conventions for Pakistan that are related to providing facility to people with physical disability, tackling climate change, and child labour.

Furthermore, it has also introduced new GSP rules in order to facilitate the low-income countries.

Today we propose to update our GSP rules to promote sustainable development in low-income countries.

Learn more about the Generalised Scheme of Preferences ↓ #EUTrade pic.twitter.com/hEtpAMZG04

The announcement has ended uncertainty emerged after the EU Parliament adopted a resolution calling for a review of the Pakistan’s GSP+ status in view of a surge in the use of blasphemy accusations in the country as well as rising number of online and offline attacks on journalists and civil society organisations in May this year.

At that time, Pakistan had expressed disappointment at the adoption of a resolution at the EU Parliament on blasphemy laws in the country.

The FO in the statement said, “The discourse in the European Parliament reflects a lack of understanding in the context of blasphemy laws and associated religious sensitivities in Pakistan – and in the wider Muslim world. The unwarranted commentary about Pakistan’s judicial system and domestic laws are regrettable”.

Pakistan is a parliamentary democracy with a vibrant civil society, free media and independent judiciary, which remains fully committed to the promotion and protection of human rights for all its citizens without discrimination.

“We are proud of our minorities who enjoy equal rights and complete protection of fundamental freedoms as enshrined in the Constitution. Judicial and administrative mechanisms and remedies are in place to guard against any human rights violations.

“Pakistan has played an active role in promoting freedom of religion or belief, tolerance and inter-faith harmony. At a time of rising Islamophobia and populism, the international community must exhibit a common resolve to fight xenophobia, intolerance and incitement to violence based on religion or belief and work together to strengthen peaceful co-existence,” it said.

Pakistan and the EU have multiple mechanisms in place to discuss entire spectrum of bilateral relations, including a dedicated Dialogue on Democracy, Rule of Law, Governance and Human Rights. We would continue to remain positively engaged with the EU on all issues of mutual interest.