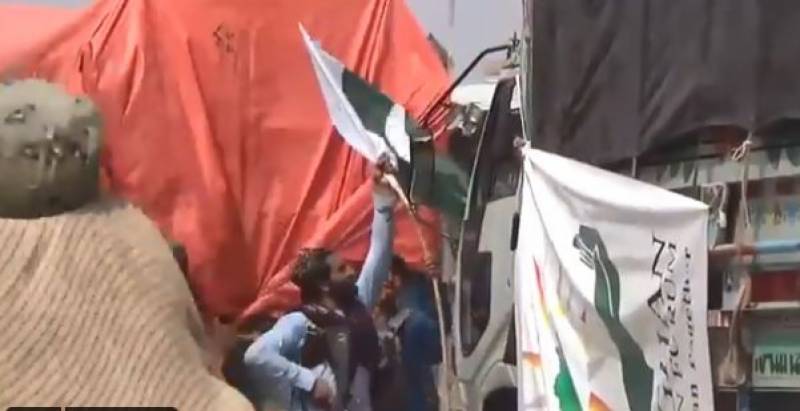 KABUL – Taliban on Wednesday said that they have arrested four border guards involved in removing Pakistan’s flag from aid trucks along the Torkham border in Afghanistan.

The incident happened on Sunday on Afghan side when 17 edible items-laden trucks crossed into neighbouring through Torkham border.

A viral video, which surfaced a day earlier, shows one of the fighters, who are deputed at the border crossing, removing a flag hoisted on the side of a parked aid truck sent by Pakistan.

Taliban spokesperson Zabihullah Mujahid in a statement said that the entire cabinet of the Islamic Emirate had expressed sadness over the incident.

Saying the incident must have hurt the neigbouring country, Mujahid extended an apology, adding that they desired good ties with Pakistan.

He said that the officials involved in the incident had been arrested and disarmed, adding that they will bear the full weight of the law.