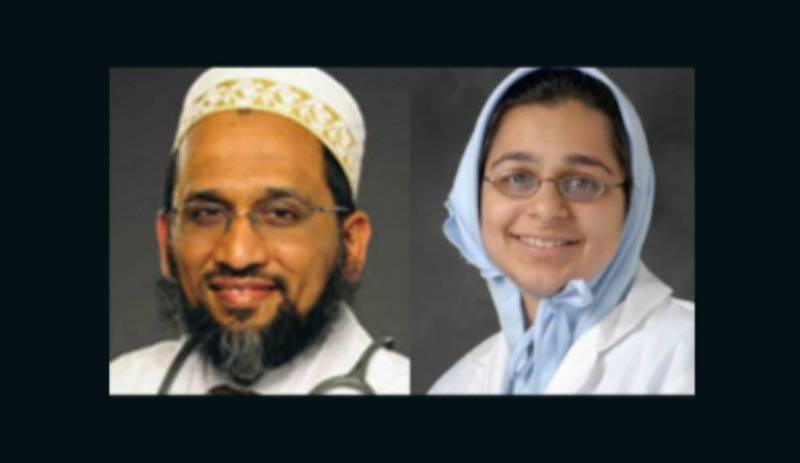 LIVONIA, Michigan - In the first federal case involving female genital mutilation filed in the United States, two Michigan doctors and the wife of one of the doctors have been charged with performing the banned procedure on two minor girls.

Dr Fakhruddin Attar, 53, and his wife, Farida Attar, 50, were arrested Friday at their medical office in Livonia, Michigan, west of Detroit.

They were charged with three federal criminal counts including conspiracy, female genital mutilation and aiding and abetting, the CNN reported.

Detroit emergency room physician Jumana Nagarwala, 44, was arrested April 12 and is currently in jail awaiting trial after a federal judge deemed her a flight risk and a threat to the community.

The three defendants belong to an Indian-based "religious and cultural community" - Dawoodi Bohra - that investigators allege practices female genital mutilation on young girls - a painful surgical procedure to remove part of the clitoris or clitoral hood to suppress female sexuality.

During a court hearing April 17, Nagarwala's defense attorney, Shannon Smith, told a judge the procedure did not involve cutting and was religious in nature, CNN affiliate WXYZ reported.

The girls, both from Minnesota, later told investigators their mothers said they were going to Detroit for "a special girls' trip," according to court documents.

Both girls said their parents told them not to talk about the procedure. When investigators questioned the parents, one couple described the procedure as a "cleansing" of extra skin.

A 2012 US Centers for Disease Control and Prevention report found that roughly 513,000 women and girls in the United States were at risk of undergoing female genital mutilation, which was more than twice an earlier estimate based on 1990 data. The World Health Organization considers the procedure a violation of human rights of girls and women.

Leaders of the Anjuman-e-Najmi mosque, the only Dawoodi Bohra mosque in Michigan, released a statement Friday saying they are offering assistance to investigators.

"Any violation of US law is counter to instructions to our community members," the statement said.

"It is an important rule of the Dawoodi Bohras that we respect the laws of the land, wherever we live," the statement continued. "This is precisely what we have done for several generations in America. We remind our members regularly of their obligations."

However, Dawoodi Bohra community in India is shocked over the arrest.

"The community is reeling under extreme shock and I have been unable to sleep last night," Ubbey Lokhandwala, Attar's close friend in Surat, told the Times of India.

"The ritual of 'khatna' is non-insertive and performed on each and every female member of our community and is considered a religious practice.

Attar is my childhood friend and he was not involved in the procedure, the premises of his clinic was being used free of cost, his wife was assisting Nagarwala for parents, who voluntarily brought their children for the custom," he asserted.

A detention hearing for the Attars is scheduled for April 26 at 1 p.m. ET.

No charges have been filed against the parents of the girls.