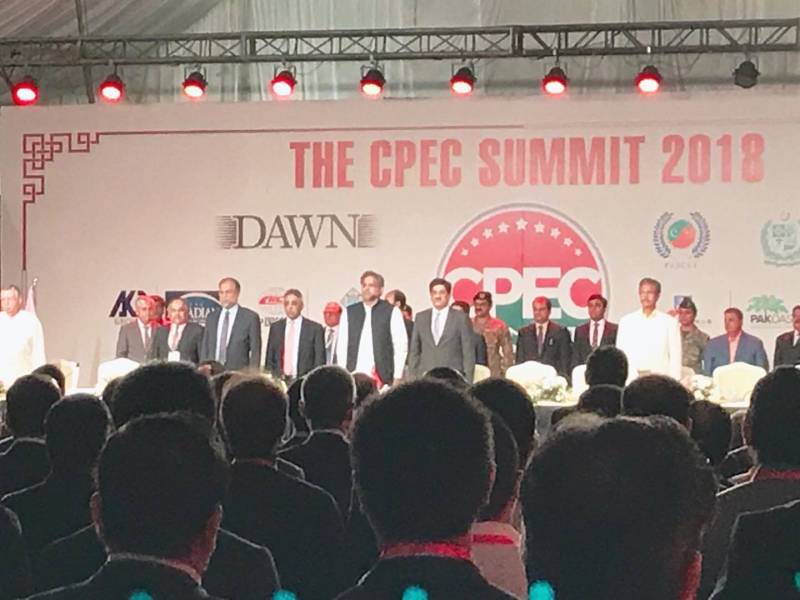 Addressing the China Pakistan Economic Corridor annual summit 2018 in Karachi, Khaqan Abbasi, who is the chief guest, said that they looked upon CPEC as a partnership between the governments of China and Pakistan.

The premier continued that three years ago, CPEC was unheard of but today it was known globally.

"The BRI initiative of Chinese President Xi is a project for generations," said the PM at the two-day CPEC Summit hosted by Dawn Media Group in collaboration with the Ministry of Planning and Development kicked.

Recently, we discussed security and connectivity with Afghanistan, who also recognises CPEC as an opportunity, PM  Abbasi continued.

Earlier, the Prime Minister arrived in the city to chair a special meeting of the Cabinet Committee on Energy (CCoE) for resolving the power crisis.

According to media reports, the premier will also summon a detailed report from K-Electric which is the metropolis' main power supplier and Water Sewage Board over the issue. 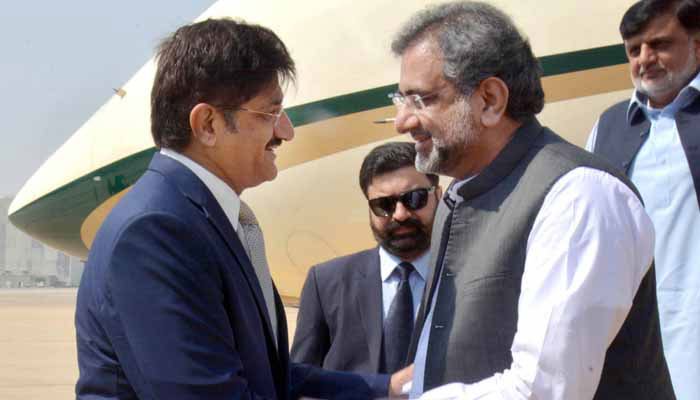 Since the last few weeks, Karachi has been facing severe load-shedding after K-Electric said the Sui Southern Gas Company has curbed its supply and it is thus unable to produce the required amount of power.

The gas company claims KE owes it millions in dues and will restore supply once the payments are made.

ISLAMABAD - Prime Minister Shahid Khaqan Abbasi has summoned a meeting of the Cabinet Committee on Energy to discuss ...

Earlier on Thursday, the officials of the National Electric Power Regulatory Authority (NEPRA) briefed the National Assembly’s Standing Committee on Cabinet Secretariat and held KE responsible for the ongoing power cuts in Karachi.