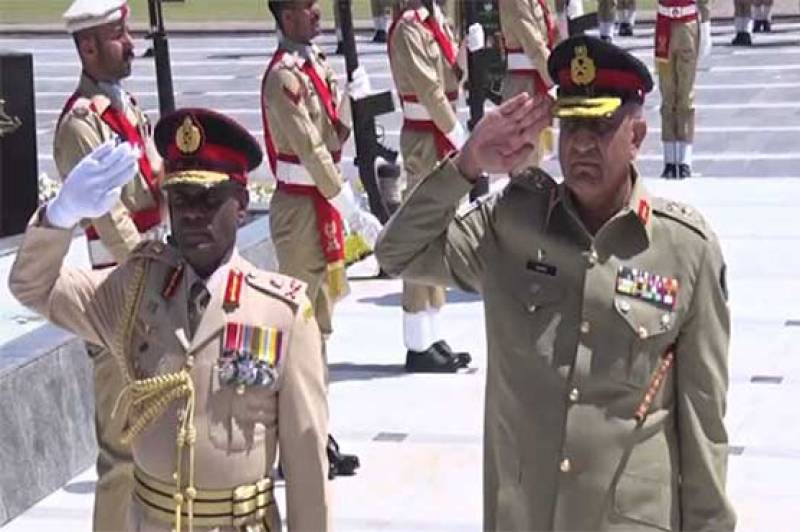 Matters of mutual interest, including military to military relations, regional security situation and measures to further enhance bilateral defence cooperation were discussed during the meeting.

The visiting dignitary acknowledged and appreciated Pakistan Army’s sincere efforts and sacrifices in the war against terrorism and for stability in the region.

A smartly turned out contingent of Pakistan Army presented the Guard of Honour to Commander Sri Lankan Army.