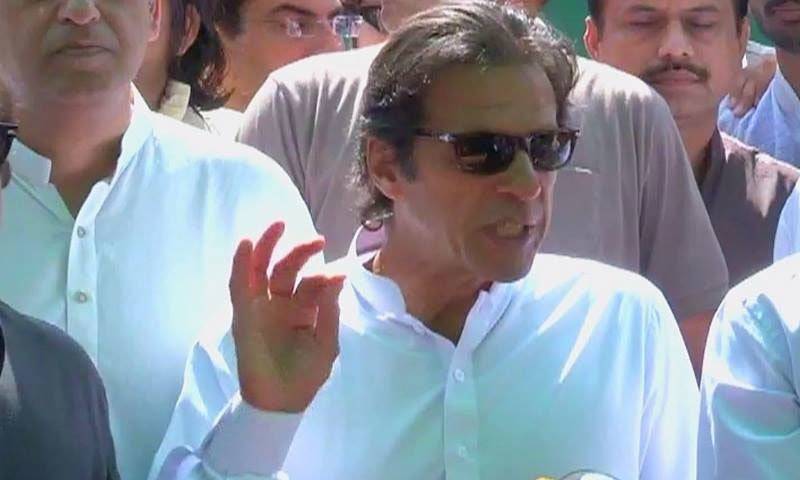 The ECP in its notice has said that mass rallies being planned by Imran Khan prior to by elections are violations of its code of conduct, said a press release issued here on Tuesday.

Imran Khan should abide by the code of conduct as its violation is a corrupt practice, the violation of the directive shall be proceeded under Article 204 of the constitution read with section 103 A of the Representation of People Act 1976.

The notice said that preparations for a huge PTI rally at Khewra, Dharyal Jalib, Pinawal, Jalalpur Sharif of Tehsil Pind Dadan Khan are underway in connection with By elections for NA 63 Jhelum on August 24. The election was scheduled to be held in the constituency on August 31, 2016.

Code of conduct and directive issued by ECP clearly bar rallies/large scale public gatherings except corner meetings as well as visits of sitting MNAs and MPAs, etc., to the constituency where election schedule has been announced.

According to guidelines issued by the commission here, Provincial Election Commission should immediately forward the results to ECP.

Polling hours for the election of mayor/deputy mayors, chairmen etc would be from 08:00 to 04:00 p.m. The ballot paper should be strictly in accordance with the specification which also contains serial no, name and symbol on the ballot paper and colour approved by the ECP.