Time has come for action against MQM chief: Imran Khan 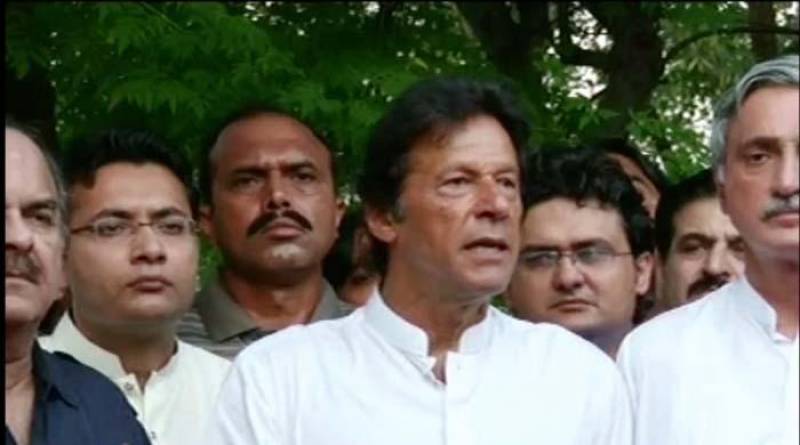 ISLAMABAD (Staff Report) - Pakistan Tehreek-i-Insaf (PTI) Chief Imran Khan on Tuesday demanded from the federal government that the matter pertaining to Muttahida Qaumi Movement (MQM) chief’s provocative actions should be taken up with the British government.

He said that the time that time has come to take action against MQM chief.

Imran Khan was talking to media representatives outside Bani Gala and said that Pakistani government should take strict action on the matter.

He said that time has come for taking action against the party chief.

On Monday, MQM workers had tried to wreak havoc in Karachi following an inflammatory speech by the MQM chief that incited party workers to attack on media houses.

At least one person died and eight others were injured during the violent attacks in which around 2,000 party workers participated.