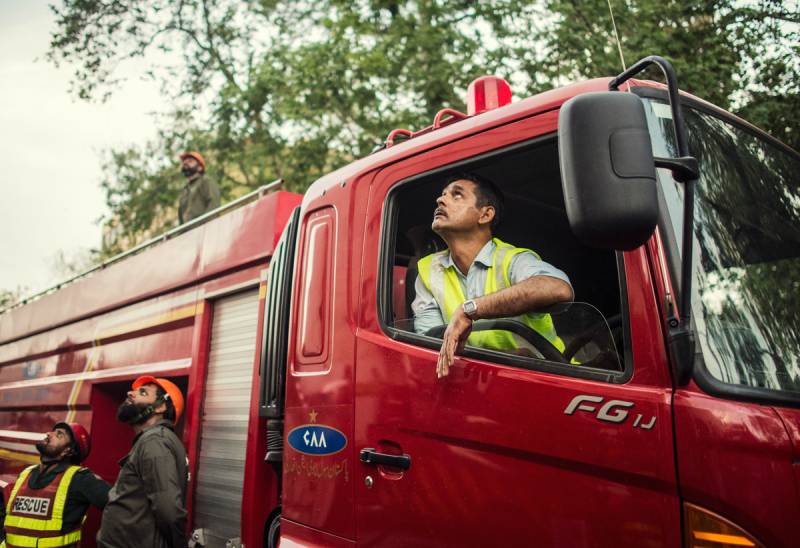 LAHORE - In a tragic turn of events, a massive fire erupted at a house in Lahore perishing a mother and her daughter besides injuring three here on Thursday night.

According to police sources, fire broke out att house of a man named Mazhar in Chungi Amarsaddhu area of Lahore which engulfed the entire building in a jiffy.

Police and rescue teams reached the spot and brought the fire under control after some time. Initially, Mazhar, his wife Saima and three daughters, three-year-old Iman, five-year-old Manahil and eight-year-old Kainat, were severely injured in the blaze.

Rescue teams shifted the injured to General Hospital where Saima and Iman succumbed to their wounds.

Meanwhile, Kainat informed police that her mother and father engaged in a verbal spat over some issue after which her mother set the house on fire. Police have started

With regard to the incident, SP Model Town Ismail Kharak noted that Saima had attempted suicide four months ago, while Mazhar had set fire to numerous household items. A court case was filed against both, Geo News reported.

Police have started investigations into the case.