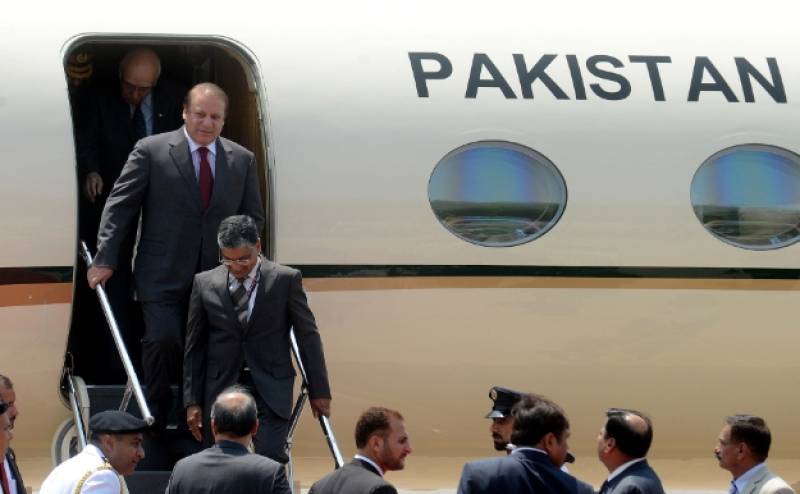 The Prime Minister on his way back home also made a stopover at the Romanian capital Bucharest for one-and-a-half-hour, while his plane was being refuelled. He was welcomed by the Deputy Prime Minister and Minister for Economy of Romania H.E. Costin Borc.

During his stay in Bosnia and Herzegovina’s capital Sarajevo, the Prime Minister met the leadership and parliamentarians of the country. He also addressed a Business Forum, besides interacting with the Raees-ul-Ulema.

Prime Minister Muhammad Nawaz Sharif along with Bosnian Prime Minister H.E. Denis Zvizdic laid wreaths in the memory of martyrs of the 1995 genocide at Kovachi Memorial and visited the Permanent Exhibition of Srebrenica on Thursday.

Addressing a  joint press conference after the talks in Sarajevo on Wednesday, the Pakistani premier thanked his Bosnian counterpart for extending the invitation to visit Bosnia and the warm welcome he received here, stressing such visits impart momentum to bilateral ties.

The huge infrastructure development being carried out in Pakistan including highways and motorways was also discussed.

Chairman Zivizdic invited Pakistan to attend the agriculture exhibition to be held in the Baltic country in March.

PM Nawaz thanked Chairman Zivizdic for the invitation and promised to send a Pakistani delegation in March to attend the exhibition and explore the trade opportunities between two countries in the sector.

Signing of an MOU between Bosnia and Pakistan to abolish visa requirement for diplomatic and official passports was also announced at the joint press conference.