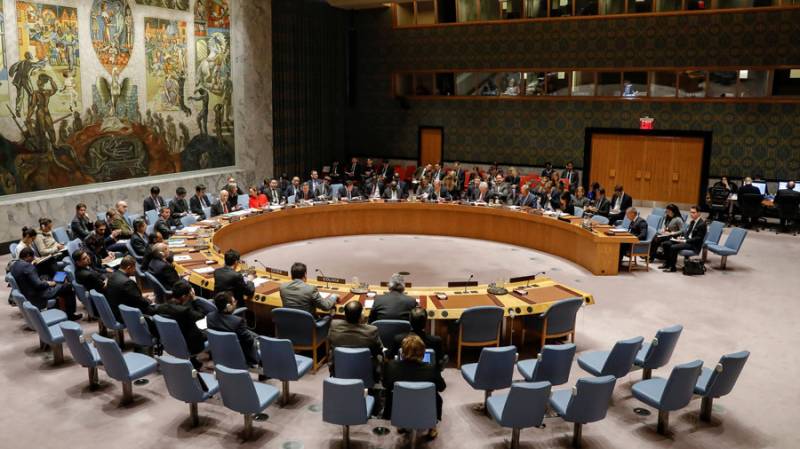 UNITED NATIONS - The UN Security Council unanimously adopted a new set of US-drafted sanctions on North Korea for its November ballistic missile test, seeking to limit its access to refined petroleum products, crude oil and its earnings from overseas workers.

The U.N. resolution seeks to ban nearly 90 percent of refined petroleum exports to North Korea by limiting them at 500,000 barrels a year and demands the repatriation of North Koreans working abroad within 24 months, instead of 12 months as proposed earlier.

The resolution also requires countries to stop ships from illegally providing oil to North Korea through ship-to-ship transfers and prohibits them from smuggling North Korean coal and other prohibited commodities by sea.

Nikki Haley, the US ambassador to the UN, claimed that the new sanctions, imposed in response to November 29 ballistic missile test, were the toughest.

"UN had repeatedly offered Pyongyang a choice and repeatedly, in its continued missile tests, the regime had chosen the path of isolation," Haley said.

The ambassador continued that 'we will continue to match the Kim regime's choice of aggressive action with actions of international sanctions.' adding that North Korea was "most tragic example of evil in the modern world."

President Donald Trump welcomed the sanctions through his tweet.

The North Korean mission to the United Nations did not immediately respond to a request for comment.

Earlier, in August and September, the UN levied sanctions against North Korea while the US took unilateral steps against the country in July, August, September, October and November.