Mahira Khan, Saba Qamar make it to the ranks of 'Top Bollywood Debutantes 2017' 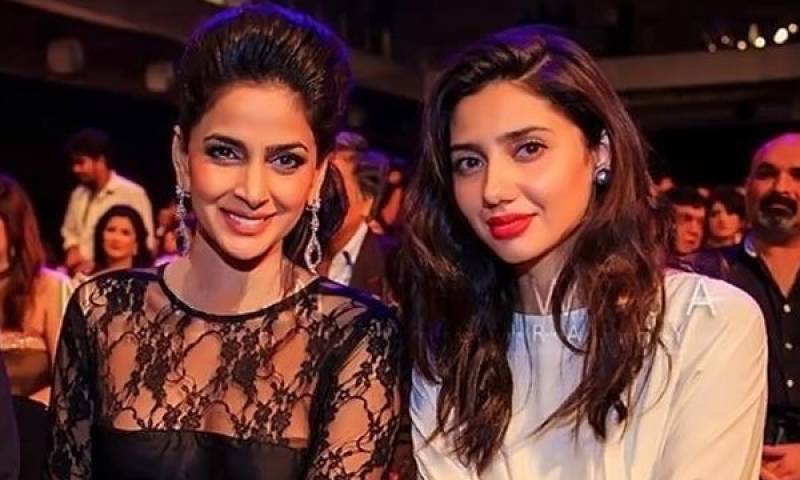 LONDON - 'Eastern Eye', a UK based publication have put Pakistani actresses Mahira Khan and Saba Qamar at the top of the list for 'Top Bollywood Debutantes 2017'.

Mahira got her dubut role in 'Raees' opposite 'King of Bollywood' Shah Rukh Khan while Saba Qamar starred opposite Irrfan Khan for 'Hindi Medium'. Both the actresses have been lauded for their performances and loved by both Indian and Pakistani fans. Mahira has been ranked no. 1 in the list while Saba came third.

Film critic Anna MM Vetticad said about Mahira, "Mahira Khan – a star in Pakistan, a debutante here – is naturally easy before the camera playing the girlfriend of Raees and later his wife." Mahira Khan has also made it to the list of 50 Sexiest Asian Women 2017' by 'Eastern Eye'.

"Sometimes the co-actors become very important because your onscreen chemistry plays a vital role in the film. So when I saw her YouTube videos, I recommended her to the director and producer and they really liked her," Irrfan Khan had revealed about working with Saba.

Sajal Aly, who has worked with Sridevi on her debut film 'Mom' however did not make the cut. Which is surprising to say the least as her performance was very well reviewed by both critics and cinema audiences.

Congratulations to both the actors. Keep making us proud!