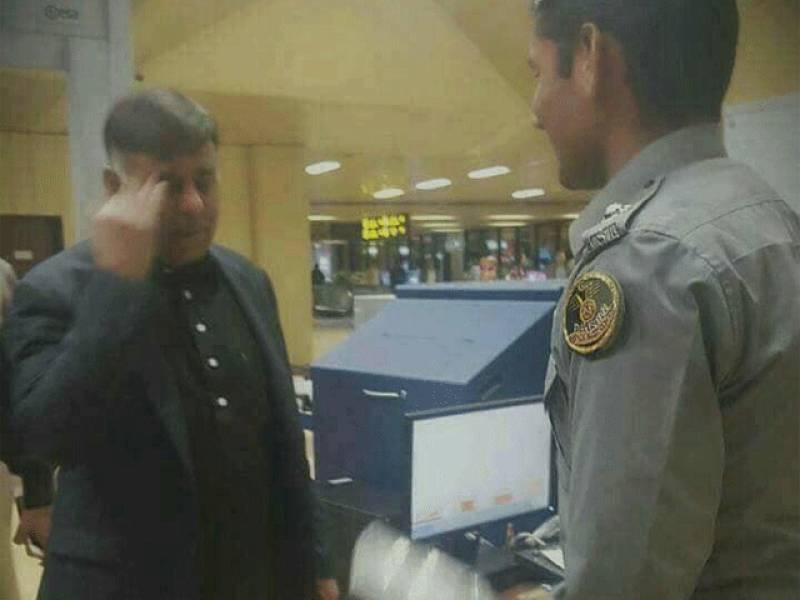 Anwar was barred by the Federal Investigation Agency (FIA) at Benazir Bhutto International Airport on Monday night due to suspected NOC, which was sent by him through one of his associates to the airport authorities. The suspended officer wanted to go Dubai on a flight EK-615.

The former SSP has refused the reports regarding fleeing to Dubai as baseless. However, an air ticket booked by the police official is circulating on media. 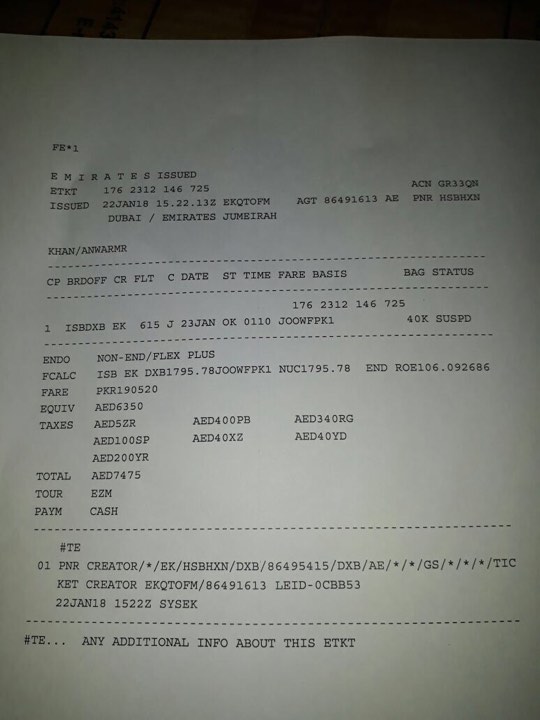 Media reports suggest that Rao Anwar, who is facing a departmental inquiry into the alleged extra-judicial killing of Naqeebullah Mehsud, has not been arrested by the FIA.

However, the former SSP Malir refused to appear before the three-member probe team, fearing biasedness. Sindh Home Minister Sohail Anwar Siyal, earlier, Anwar should present himself before the team, adding that the committee has the right to take action against him on reluctance.

On Jan 20, Rao Anwar was removed from the post after a three-member investigation committee submitted an interim report on the killing of 27-year-old Naqeebullah in a ‘staged encounter’.

According to the notification, “Mr Anwar Ahmed Khan, an officer of Sindh Police (BS-18). Senior Superintendent of Police, District Malir, Karachi Range, is transferred and directed to report to CPO Sindh, Karachi with immediate effect and until further orders.”

The decision to remove him came after probe body head AIG Sanaullah Abbasi said that interim report regarding the case was sent to Sindh police after proper investigation.

It is learnt that the committee has asked the authorities to register a case against the SSP, known as an “encounter specialist” and other team members involved in the extrajudicial killing. The team also suggested that Rao Anwar’s name should be put on Exit Control List (ECL).