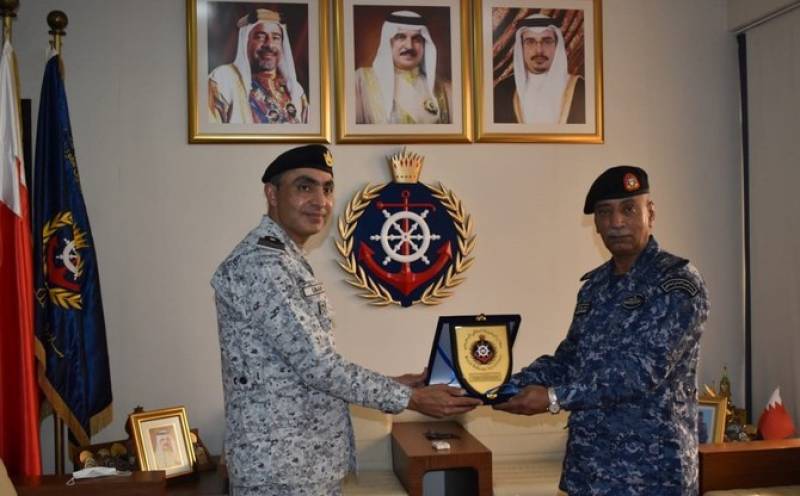 Upon arrival at Mina Salman Sea Port, the warship was received by Ambassador of Pakistan Muhammad Ayub along with Commodore Vaqar Mohammad, and officials from Pakistan and Bahrain Naval forces.

Commanding Officer highlighted Pakistan's efforts in promoting peace and security in the region and Pakistan Navy's firm resolve to deal with emerging challenges in maritime domain.

Earlier this month, the corvette ‘Tabuk’ visited the port of Duqm, Oman during deployment on Regional Maritime Security Patrols.

PNS Tabuk, built-in Romania, is a state-of-the-art vessel that was inducted into the fleet of the Pakistan Navy, significantly amplifying the capabilities of defenders of the coasts of the country.

PNS Tabuk is a multipurpose and highly adaptive platform of medium size and tonnage and is loaded with state-of-the-art electronic warfare, anti-ship, and anti-air weapons and sensors along with modern self-protection and terminal defense systems.

The modern-day vessel is fully capable to perform a variety of maritime operations in a complex environment and can embark on a multirole helicopter and an Unmanned Aerial Vehicle (UAV) simultaneously.