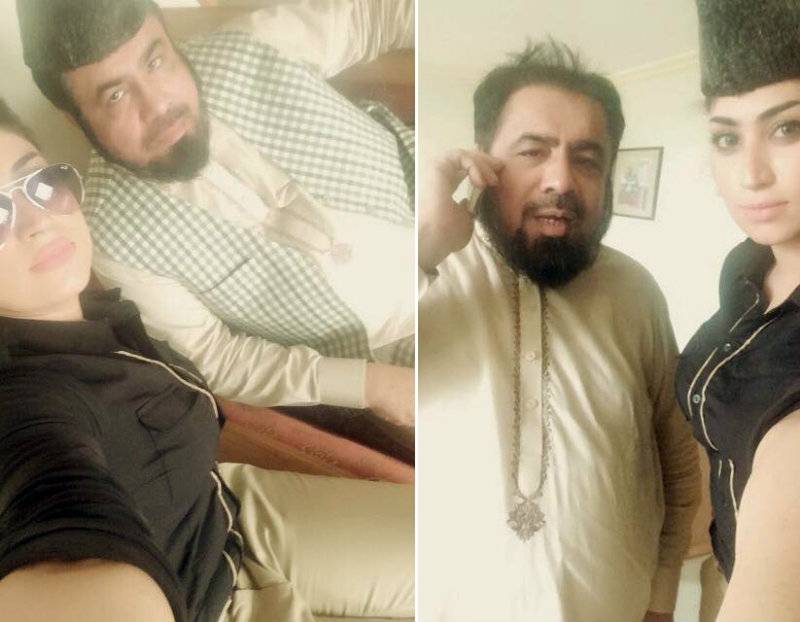 LAHORE (Staff Report) - The scandalous meeting between Qandeel Baloch and Mufti Abdul Qavi yesterday remained a hot topic among Punjab lawmakers who felt it “necessary” to discuss the selfies the unexpected duo took in a hotel room recently.

The latest Punjab Assembly session on Wednesday was abuzz with the discussion of social media sensation and the stunt she pulled with Mufti Abdul Qavi, which caused quite a stir on the electronic and social media earlier this week.

Though the PA session was held for the post-budget discussion, a ruling party MPA Waheed Gul asked for permission to speak on Qandeel Baloch's recent selfies.

After being denied permission initially, Gul Waheed started creating a commotion for which the Speaker had him escorted out of the assembly for ten minutes.

Qandeel Baloch - From a bus hostess to controversy queen

PML-N's Hina Pervez Butt and Sheikh Ejaz also condemned Mufti Abdul Qavi's actions and stated that he had played a serious joke with the nation. They demanded an inquiry into the issue.

In a separate incident, the federal Minister for Religious Affairs Sardar Yousaf suspended Qavi’s membership in the Ruet-i-Hilal Committee - moon sighting committee to determine the date for the start of Ramazan and Eid - after the scandalous pictures of him and Qandeel surfaced.

The minister, who said the photos were 'controversial', also suspended the mufti’s membership in the National Ulema Mushaikh Council, a spokesman for the Ministry of Religious Affairs said on Thursday.

Ever since Qavi's pictures with Baloch surfaced, social media has been rife with speculation about his association with the Pakistan Tehreek-i-Insaf's (PTI) ulema wing. However, PTI spokesman Naeemul Haque also issued a denial on Tuesday.