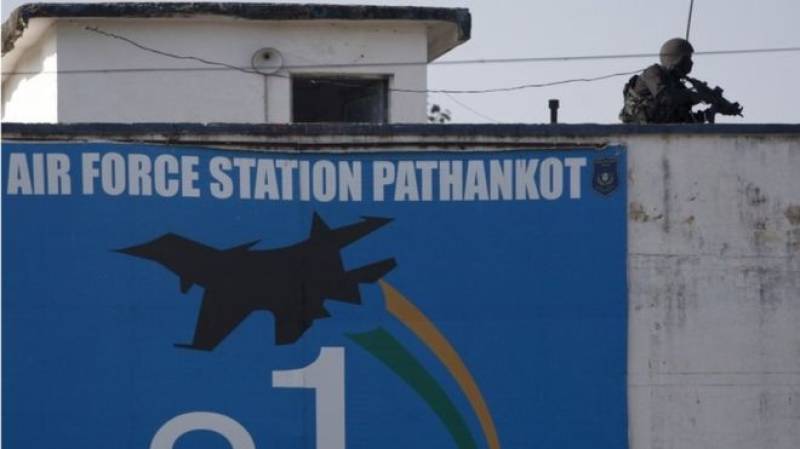 NEW DELHI: Police in Indian Punjab are still fearful that terrorists are "hiding" near Pathankot, even though the attack on the Indian airbase took place several months ago.

According to reports, police searched Pathankot and surrounding areas after a parliamentary panel claimed some “terrorists were still hiding” in villages close to the “vulnerable” airbase.

Reports quoted the Punjab police as saying they carried out a massive door-to-door search in at least 28 hamlets.

“We conducted a search operation in 28 villages starting at 5am for five hours. We asked people whether they have seen any person or suspect who is not from their village. They said they have not seen anyone,” Press Trust of India quoted Pathankot SSP Rakesh Kaushal as saying.

Search operations were carried out in areas inhabited by Gujjars, officials said. “We found nothing suspicious,” a police officer said. He said, however, that security had been tightened in the border district.

On Tuesday, Chairman of the Parliamentary Standing Committee on Home Affairs P. Bhattacharya said in Jammu, “After going back from Pathankot, we made our suggestions to the government and said that there can be further attack on Pathankot ... We were told by the villagers that some terrorists were still hiding in the villages there. Do you know that a few days ago, the government asked the CRPF, the BSF and the army to guard the air force station because some terrorists are hiding there...,” Bhattacharya said.

Earlier this month, shoot-at-sight orders were issued at the airbase and security was stepped up following intelligence inputs, according to reports.