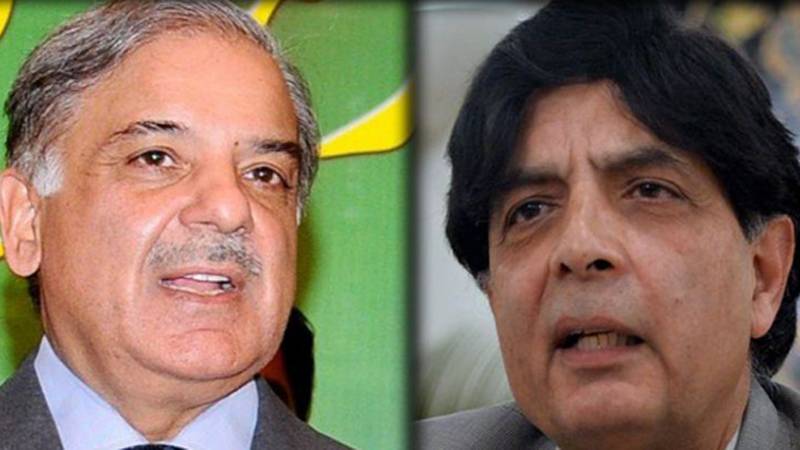 ISLAMABAD - Pakistan Muslim League-Nawaz (PML-N) has decided not to field a candidate against disgruntled Chaudhry Nisar Ali Khan in the forthcoming general elections scheduled on July 25.

As per media reports, the party made the decision in order to keep its doors open for the former interior minister.

However, Nawaz Sharif will give a final approval in this regard as party head Shehbaz Shareef appealed to party leaders to keep the door opened for Nisar.

On the other hand, Nisar has also decided not to directly criticise the PML-N leadership.

ISLAMABAD - Former interior minister Chaudhry Nisar Ali Khan clarified on Friday that he was still a worker of ...

Earlier on Friday, former interior minister Chaudhry Nisar Ali Khan clarified that he was still a worker of embattled Pakistan Muslim League Nawaz and had cordial relations with the parliamentarians of the party.

Speaking at a presser, Nisar denied comments attributed to him relating to former premier Nawaz Sharif. He said that he had issued a rebuttal of the fake news reported on media a few days ago.

“The comments that ‘Mian sahib won’t be able to show his face’ and that ‘there are 10 flaws in the PTI and a hundred in the PML-N’ were attributed to me,” Nisar said and added that he never made such comments.