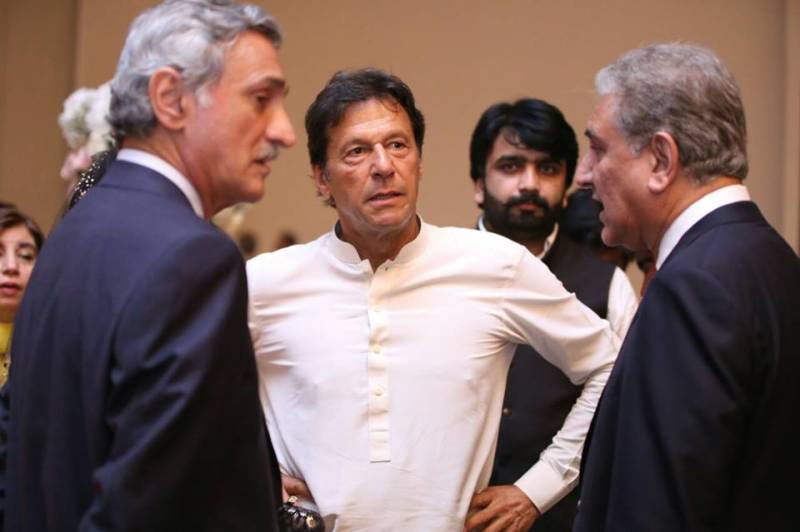 The first salvo was fired on Friday by the Multan-based leader who took a jibe at Tareen, saying he was not part of the game anymore’ so there was no question of differences.

“How can I compete with someone who cannot even take part in elections?” he said in a press conference at his residence and detailed how the apex court had disqualified him for concealing his 12-acre Hyde House property in the United Kingdom.

On the other hand, Tareen struck a cautious note and said that the PTI vice-chairman should first resolve reservations of people of his own constituency before blaming others.

“I am working as an ordinary PTI worker and will continue to stand with the party like before,” he added.

Tareen added that the Election Commission of Pakistan (ECP) should investigate everyone’s assets as it would clear the ambiguities.

'Qureshi was giving examples from PML-N as if it was an ideal political party,' said Tareen, and highlighted that fissures have emerged in the house of Sharifs as well.

“I am ready to sacrifice everything to make Imran Khan the next premiere of the country,” he stated.

He said that injustice has been done to women of South Punjab over the matter of issuance of party tickets citing the statement of his fellow Sheh Mehmood Qureshi as well.

On the issue of party tickets, Shah Mehmood Qureshi had said that the PTI has given tickets on the basis of personal loyalty, character and personal influence of candidates.

Over 4,500 people applied for the tickets in contrast to the 2013 election, when the party could not even find candidates in many constituencies, he added.

The former foreign minister claimed that the situation had changed as 73 people were striving for tickets from one constituency of Peshawar alone.

“Imran Khan is the Zulfiqar Ali Bhutto of PTI,” the vice-chairman said and added that he was accused of giving party tickets to his relatives but contended that the decision to award tickets was to be made by Imran Khan.

Taking a jibe at his opponents, Qureshi said those who supported former military dictator Pervez Musharraf would never be invited to join PTI.

“Democracy is a numbers game and those who are electable should be given priority for party tickets,” said Qureshi.