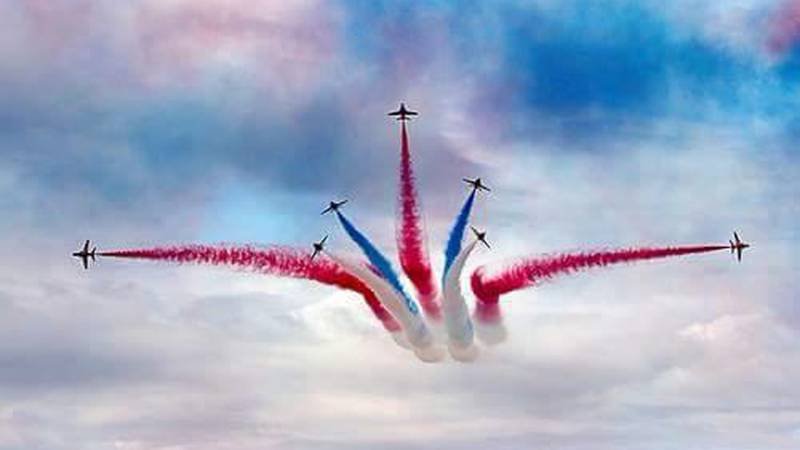 The spectacular show by PAF was first of its kinds in the metropolis that followed a prestigious military parade in Islamabad.

Accompanied by air force and navy officials, Governor Sindh Muhammad Zubair was chief guest of the flypast that was held in connection with the Pakistan Day.

JF-17 Thunder, F-16 and Meraj aircrafts performed the aerobatic manoeuvring at the air show and a large number of locals poured in to catch a glimpse of the tempting show.

Earlier, a glorious military parade in Islamabad was organised where modern weaponry, latest arsenal and colours of Pakistani culture were shown. 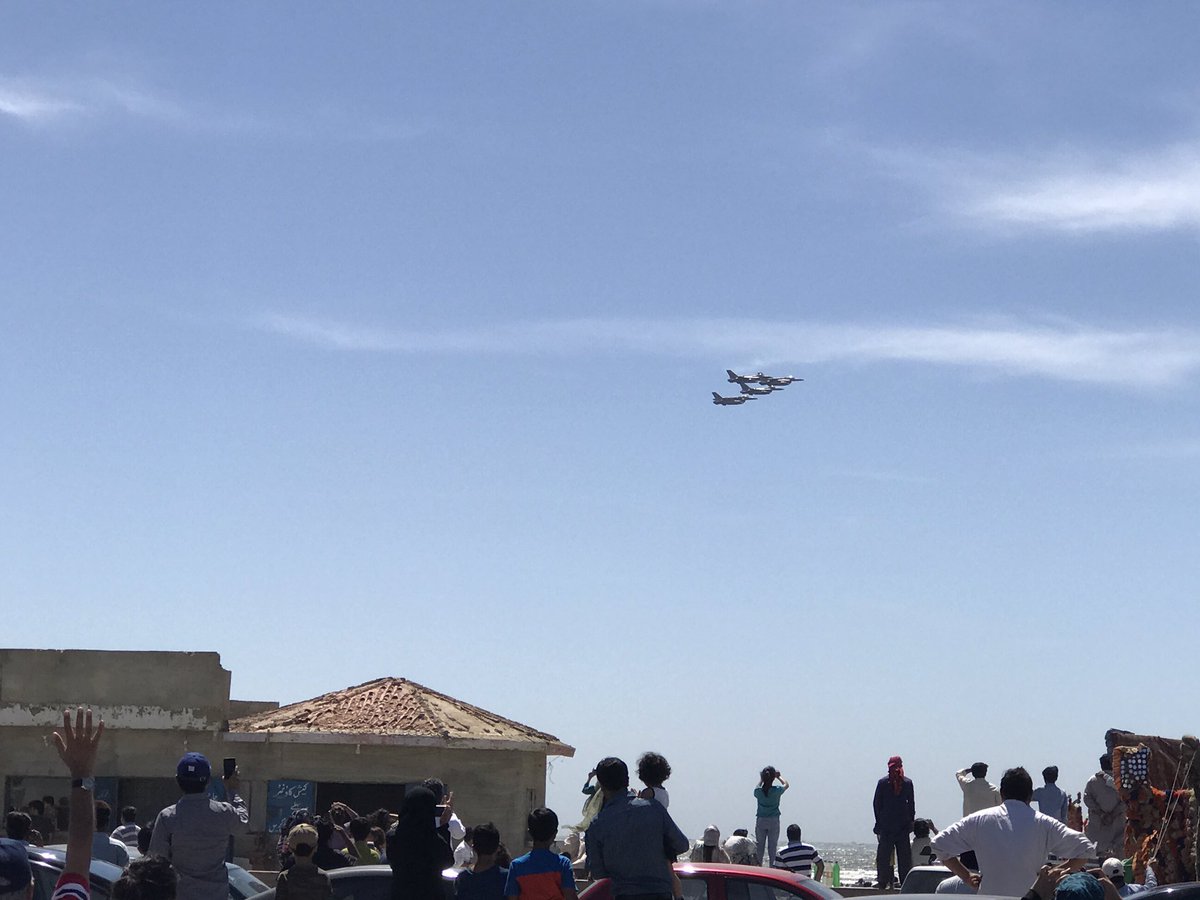 Personnel from all three armed forces: Pakistan Army, Navy and Air Force, along with their counterparts from China, Saudi Arabia and Turkey displayed their strength on the occasion.

Turkish military bands mesmerised the audience with their performance and earned a huge round of applause.