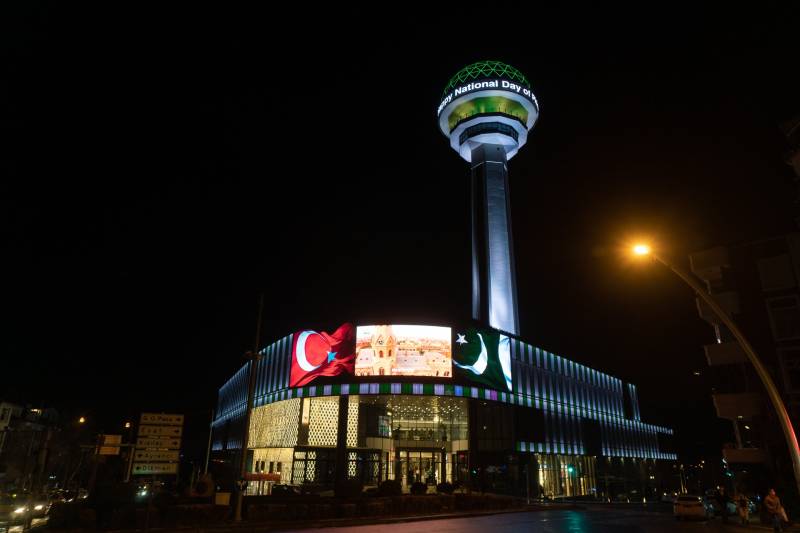 ISLAMABAD – Turkey marked the National Day of Pakistan in an impressive ceremony at PakistanI mission in Ankara on Tuesday.

Messages of the President and Prime Minister of Pakistan were also read out on the occasion.

Ambassador Syrus Qazi in his remarks stated that 23 March was an important milestone in the heroic struggle of the Muslims of South Asia when our forefathers made the historic decision to have a separate homeland.

Seven years after the Pakistan Resolution of 23 March 1940, Pakistan emerged an independent and sovereign state under the inspiring leadership of Quaid-e-Azam Muhammad Ali Jinnah.

Pakistan’s ambassador to Turkey, Muhammad Syrus Sajjad Qazi, raised the Pakistan flag while the National Anthem played in the background, in the presence of the Embassy officials and media.

While addressing the gathering, the Ambassador thanked Turkey and its people for standing side by side with Pakistan, particularly on the issue of Jammu and Kashmir.

He also expressed gratitude to Turkey for sending Turkish band 'Mehter' (Ottoman Janissary Band) as well as aerial aerobatic team 'SoloTurk' to Islamabad that will participate in the Pakistan Day celebrations on March 25.

In the past, both Turkish teams had won the hearts of all Pakistanis through their unique performance.

Atakule is situated on Jinnah Road that also has Quaid-e-Azam Muhammad Ali Jinnah's monument right opposite to it. Moreover, all the three bridges in Istanbul on the Bosporus linking Asia with Europe was illuminated in Pakistan flag colours on Tuesday evening.

In Turkey, "Atakule," one of Ankara's landmarks, its tallest tower and best lit building, was showing messages of Pakistan-Turkey solidarity at nights on March 22 and 23.

It may be recalled that as a show of solidarity with the people of Pakistan after the 16 December 2014 heinous terrorist attack, Keiren Municipality and Youth Wing members of the Justice and Development (AK) Party planted 144 trees, one for each shaheed, at the AK Party Memorial Forest in Keiren, Ankara.