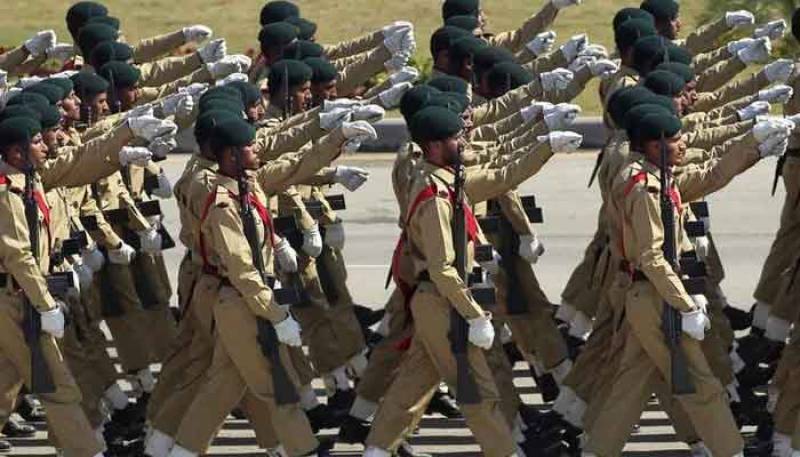 ISLAMABAD – A holiday has been announced in the federal capital and Rawalpindi on March 25 (Thursday), on account of the Pakistan Day parade.

Deputy commissioners of Islamabad and Rawalpindi issued a notification in this regard. Earlier, the Pakistan Day parade was scheduled to be held on March 23 but it was delayed due to the weather forecast. 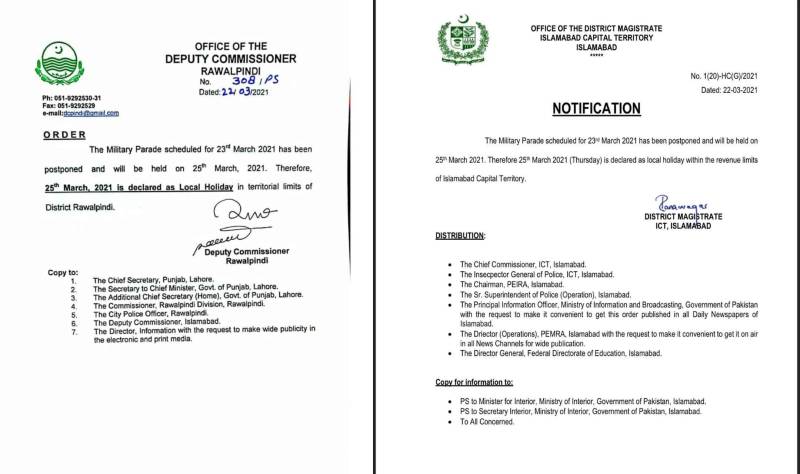 On Monday, the Inter-Services Public Relations (ISPR) had said the Pakistan Day Parade – held every year on March 23 to mark the day when Pakistan Resolution was passed, was rescheduled due to ongoing inclement weather and rain showers forecast for the next two days, the parade has been delayed to March 25.

"The Joint Services Pakistan Day Parade will now be held on 25th March 2021 as per program and timings already specified," it said.

ISLAMABAD – A number of posters with a photo of Prime Minister Imran Khan and Chief of Army Staff General Qamar ...