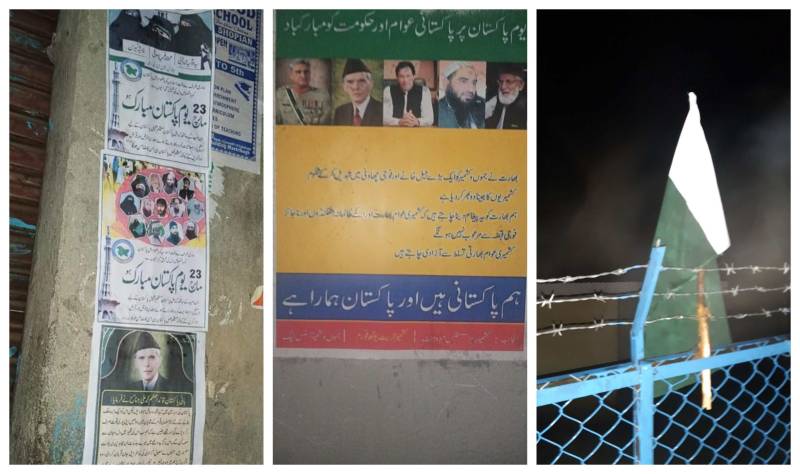 ISLAMABAD – A number of posters with a photo of Prime Minister Imran Khan and Chief of Army Staff General Qamar Javed Bajwa have appeared in Indian Illegally Occupied Jammu and Kashmir as the nation is observing Pakistan Day today.

Pakistani flags had also been hoisted for the third consecutive day in Srinagar, Kulgam, Shopian, and other parts of the ‘caged valley’ greeting the Pakistani nation and government on Pakistan Day.

This is for the second time in the year 2021 that such posters sprang up with the pictures of Quaid-i-Azam Muhammad Ali Jinnah along with other Hurriyat leaders. Similar posters were earlier appeared on February 5, the Kashmir Solidarity Day.

Meanwhile, in a fresh act of state terrorism, Indian armed forces on Monday killed four more Kashmiri youths in the district Shopian. The youths were killed in a fake encounter in the Manihal area of the district.

SRINAGAR – Indian troops in their fresh act of state terrorism martyred a Kashmiri youth in Shopian district of ...