‘Great people to fly with’: UN honours PIA crew member for his ‘act of kindness’ 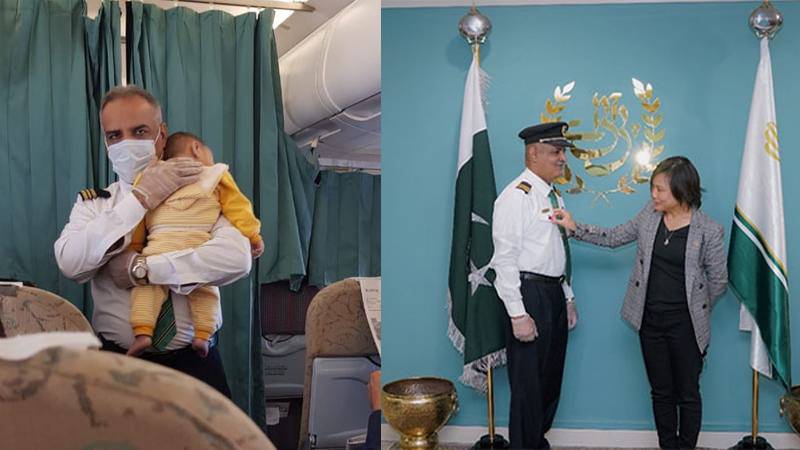 ISLAMABAD – Touheed Daudpota, a crew member of the national carrier who was spotted soothing a baby on-flight has been honoured by a United Nations (UN) body.

The steward was accredited with the title of ‘He for She’ Champion by UN Women Pakistan, a branch of the United Nations that works for gender equality and women’s empowerment.

The national carrier employee was honoured for displaying gender sensitivity and care to a woman traveler. The pictures of the event went viral on social media after many internet users lauded the crew member for his act of kindness.

The official Twitter handle of the PIA also recognised Daudpota by sharing a glimpse of the ceremony. Upholding long traditions of '#GreatPeopletoFlyWith,' the caption cited.

The event may work as an aspiration for the national flag carrier which has previously been highlighted for its ‘not so good’ services.

Touheed while speaking on a morning show said that he was not aware that someone is capturing the moment. This is not the first time that I helped any passenger soothing her crying baby, this is my duty, the PIA crew member added.